It has futuristic features like a foot shifter and a telescopic front fork.

In 1936, the new BMW R5 turned the world of motorcycle design on its head. It introduced not one, but multiple design features that we take for granted today, but were uncommon in the 1930s. This bike, for sale on Bring a Trailer, is an excellent example of why.

Motorcycles were going beyond their origins of bicycles with engines in them. While pedal power doesn't need a particularly strong frame, a 494 cc engine producing 24 horsepower that can propel the bike to 84 mph certainly does. Designer Rudolf Schleicher understood this and gave the R5 a double-cradle frame for extra strength. Such a design seems like a no-brainer today, but it was truly innovative at the time and quite a departure from the bicycle-style single-cradle.

Another state-of-the-art development on the R5 was the telescopic fork, another feature that most modern bikes have. Earlier bikes used leaf or coil springs in some manner, while the R5 built it all into a hydraulically damped telescopic front fork. It's great for today's roads, but consider that German roads in 1936 were, shall we say, not exactly as smooth as glass.

The R5 was also the first BMW motorcycle to use a foot shifter rather than the then-traditional hand shift, like a car. This controlled the four-speed transmission, whose gearing helped riders reach its top speeds on Germany's brand new autobahn. This, plus the accompanying hand clutch, enabled riders to keep their hands on the handlebars rather than have to take a hand off to change gears. While it lasted, the R5 was not cheap, selling for 1,550 Reichsmarks (yes, this was Nazi Germany), about the same price as a small car. Its current bid of $26,000 at the time of writing shows that despite its age, it really hasn't lost any value.

Not all of the R5's innovations stood the test of time. Its handlebar levers were hinged at the end of the bar, not inboard like modern levers. While this aesthetic looked cool, any damage from a drop would be more severe than a simple bent or broken lever. BMW had already been using shaft drive for years, but the driveshaft was still exposed, not enclosed for safety like modern bikes.

This was a time of great innovation for BMW. As much of a leap forward as the R5 was, it was only in production for two years. The R51 replaced it after 1937 with yet another amazing innovation: rear suspension. Soon after that, World War II would take BMW's production lines in a rather different direction. 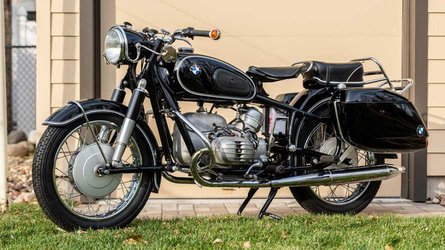 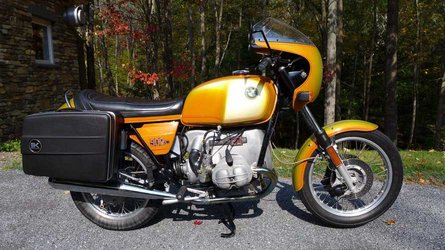