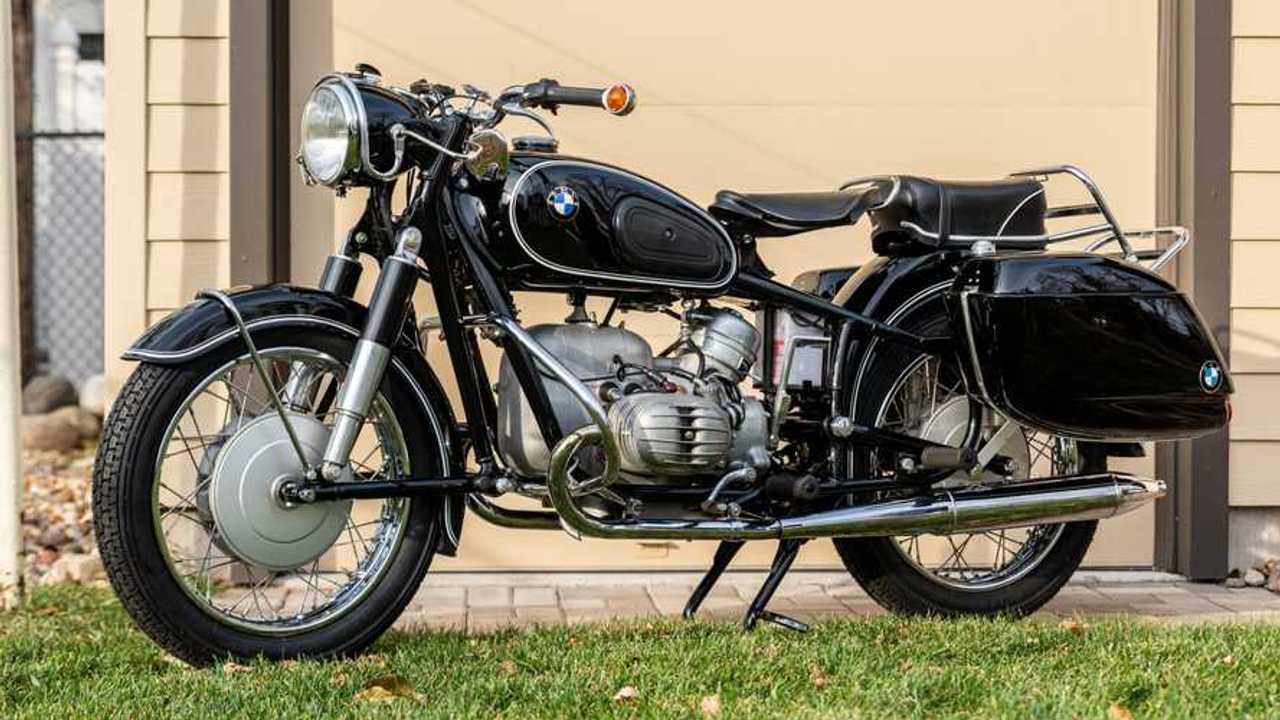 This model has ties to literature and is available on Bring a Trailer.

BMW has always been regarded as a high-quality manufacturer. The fact that this 1965 R60/2 for sale on Bring a Trailer doesn't look much different than bikes BMW made in the 1930s is a testament to their superior design at the time. Even in the 1960s shaft drive was uncommon on motorcycles, yet BMW had been using it all along.

In Robert M. Pirsig's Zen and the Art of Motorcycle Maintenance, his friends John and Sylvia Sutherland join his travels for a while on their BMW R60/2, very much like this one. John doesn't care to wrench on his own bike, choosing instead to buy the fancy high-quality BMW under the belief that it won't break down or need maintenance. Eventually, it does, like all motorcycles, which is a learning experience for John. Although he was proven wrong, it's easy to see how John initially came to this conclusion by looking at this particular bike.

Aside from a couple of minor dings, this bike is in immaculate condition. It underwent a full restoration in 2014, including an engine rebuild, new tapered steering head bearings, and relining the fuel tank. Since then all four shocks have been rebuilt, including the Earles fork, an unusual design for a BMW. It has new Metzeler Block C tires, fluid changes, and carburetor adjustments. The odometer showing 44,000 miles indicates that this bike might have done a fair bit of touring back in the day, but it is a replacement speedometer, so the bike's true mileage is unknown. Its current excellent condition gives no indication of its true mileage.

While BMWs were known to be excellent long-distance touring bikes even back in the 1960s, they didn't come with any luggage from the factory. Fortunately, the aftermarket filled that need, as it has on this bike with Wixom saddlebags with integrated tail lights. The dual Denfeld seats are another option, as US bikes came with a single seat for both riders. The European appearance continues with the lower handlebars that came on models sold there, and the optional Hella bar-end turn signals. It's easy to see why John and Sylvia Sutherland would choose an R60/2 just like this one for their motorcycle travels.