MotoGP Champion Marc Márquez Is Finally Back To Physical Training 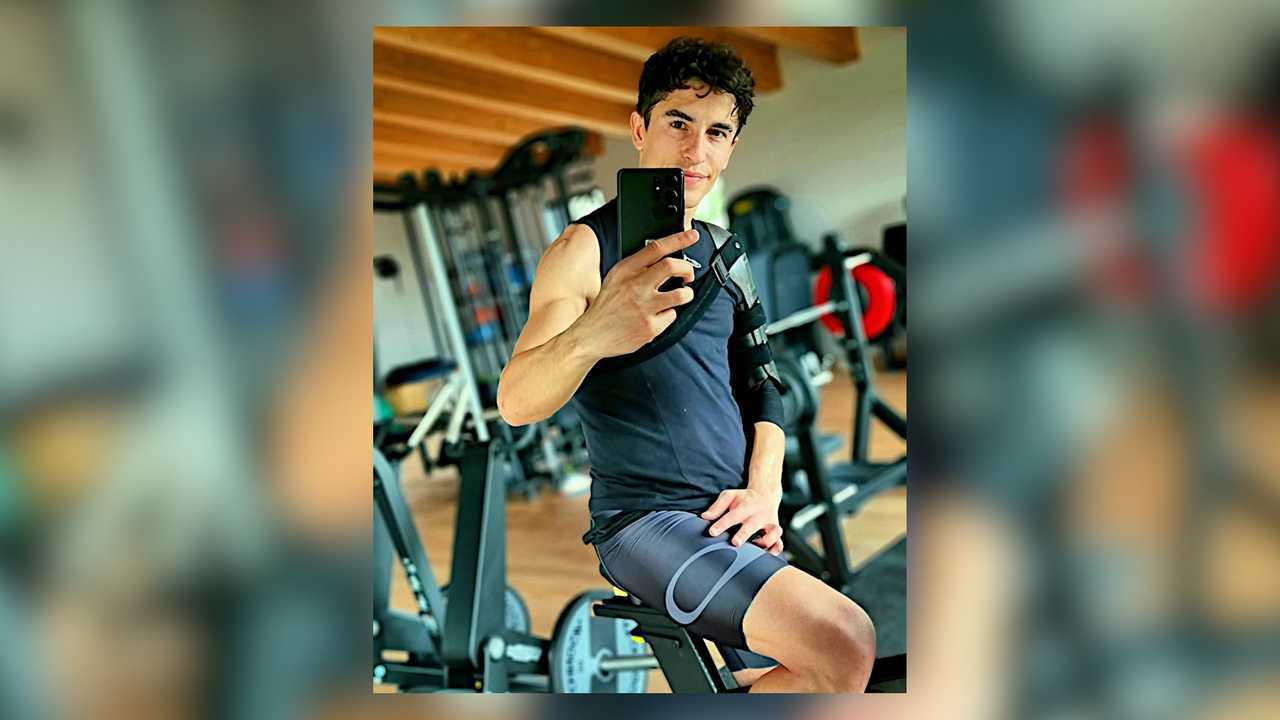 Doctors cleared him for some indoor cycling.

Do you remember what you were doing on Sunday, July 19, 2020? No worries if you don’t, but that’s the day that things changed considerably for MotoGP champion Marc Márquez. After a massive high side at Turn 3 in Jerez broke his right humerus, Márquez has been working hard to recover and get back to full fitness. He’s had a total of three separate surgeries to help it along, with the most recent taking place on December 3, 2020. That’s a long time to be off your bike when you’re a MotoGP racer at his level.

While it’s true that MotoGP-level racers are generally in excellent physical shape, and thus seem to be able to heal more quickly than the average person, things haven’t been going so smoothly for the champ. On January 14, 2021, Márquez’s Box Repsol team issued a press release about his six-week medical checkup after that third surgery. In it, they said that “doctors performed a thorough check on the infected pseudarthrosis of the right humerus of the eight-time World Champion, and a satisfactory level of clinical and radiographic progress was found for the time of evaluation.”

That may, of course, lead you to wonder what an infected pseudarthrosis is, assuming that many of us aren’t medical experts. Here’s a definition from the medical dictionary at TopDoctors UK.

“Pseudarthrosis or nonunion is a disease that occurs when a broken bone fails to heal after a fracture unless intervention (surgery) is performed. The fracture structurally resembles a fibrous joint, and for this reason, is called “false joint” or pseudoarthrosis. It is more common in adults and usually occurs after trauma or surgery. Children can suffer from pseudoarthrosis congenitally, whereby the bone fractures spontaneously.”

It goes on to speak about three main treatments used to help patients overcome pseudarthrosis, including electrical stimulation, bone grafting, and fixation with metal plates/bolts/screws/rods for stabilization of bone fragments. If you’ve been following along on Márquez’s injury recovery journey, you’ll probably recognize all those treatments.

As of January 20, 2020, it seems that the champ was cleared by his doctors to start exercising again. He posted an excited mirror selfie on Instagram to celebrate his first day of indoor cycling. As you can see, his right arm is still in a brace, but he looks pleased to finally be back at it. With the first MotoGP race of 2021 not scheduled to take place until the end of March, he has a bit of time to get back into his exercise routine. It’s unclear at this point whether he’ll be taking part in that first race, but surely he, his team, and his fans are all hopeful.

The Exhaust From Marc Marquez's Race Bike Is Up For Grabs