Husqvarna Svartpilen and Vitpilen 401 Roll Out In Malaysia

With a special guest appearance by the Husky Svartpilen 250.

Husqvarna officially makes a return to the Malaysian market under Eurotech Wheel Distribution Sdn. Bhd. Launching quite an extensive range of bikes from the Swedish manufacturer, it's understandable that the Vitpilen and Svartpilen 401 have gained the most attention thanks to their mainstream popularity as of late. Another interesting entrant in the market is the Husqvarna Svartpilen 250.

Moving up the displacement ladder, we see the two hotshot 401 machines in the form of the Svartpilen and Vitpilen. Now, I'm pretty sure these bikes need no introduction, but here goes nonetheless. Both bikes share the same 373cc single cylinder engine found on the KTM 390 Duke. Rated at 44 ponies, this energetic mill loves popping wheelies and gives off maximum brap factor. Just like the Svartpilen 250, both bikes come equipped with premium 43mm inverted forks from WP, as well as ABS-equipped Bybre brakes. Power is transferred to the back wheel via a six-speed transmission equipped with a slipper clutch.

Now the difference between the Vitpilen and Svartpilen lies in the ergonomics. On the one hand, we have the Vitpilen, an aggressive low slung cafe racer with clip-on handlebars and rear set foot pegs. This bike encourages a sporty riding stance with a riding position that's slightly tucked forward. On the other hand, the Svartpilen employs a scrambler look and feel, sporting more upright ergonomics complemented by a set of dual sport tires. Both the Vitpilen and Svartpilen are priced at RM 29,800, or the equivalent of $7,330 USD. 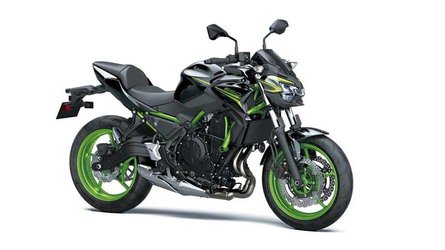