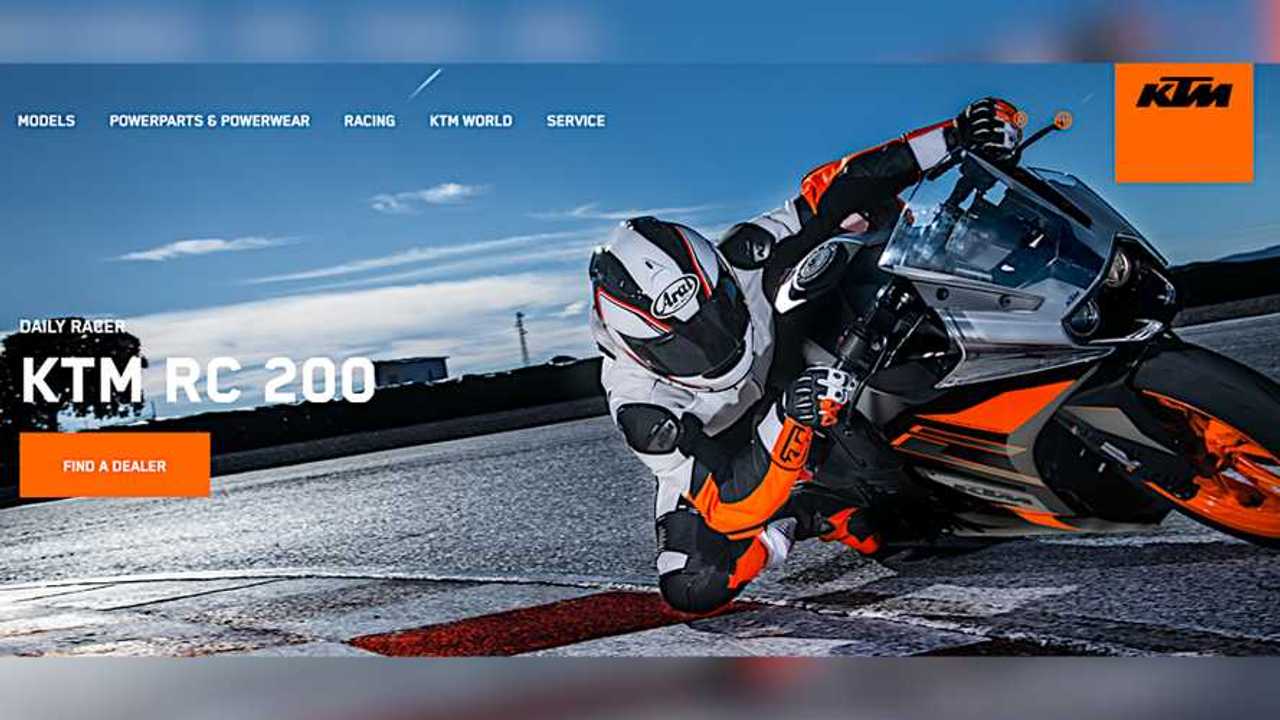 Are you looking forward to the updated 2021 KTM RC 200? If so, we have a bit of news for you that you may or may not like. According to spy shots straight from the Bajaj production line, there’s at least one serious stylistic change afoot that’s sure to divide RC-series fans.

Now, if you don’t get the RC 200 in your country (which we don’t in the U.S.), the RC series design language is strong throughout the line. Here in the U.S., we do get the RC 390, and the front ends of both the RC 390 and the RC 200 (up through 2020, at least) are very similar. Dual round headlights are tucked away inside the front fairing, with a sporty little windscreen swooping up to direct airflow over a rider tucked down over the tank.

That’s not the case with the 2021 RC 200 redesign. Instead, it looks as though KTM decided the bike would be better off with a Duke-esque single headlight unit instead. While it’s certainly true that people love them some Dukes (in all displacements) the two lines previously offered styling cues that were very distinct from one another. KTM appears to be blurring the line here.

Since there’s already a Duke 200 on sale in many markets, it seems odd for KTM to muddy the styling waters this way. From a production efficiency standpoint, if they’re able to use the same headlight unit for both models, that’s an easy explanation for why KTM might want to go that route. In any case, like so many design elements, it’s a choice they’ve made.

Do you like it? Do you hate it? Are you looking forward to when the 2021 RC 200 starts rolling out across India and elsewhere, or could you not possibly care less about it?