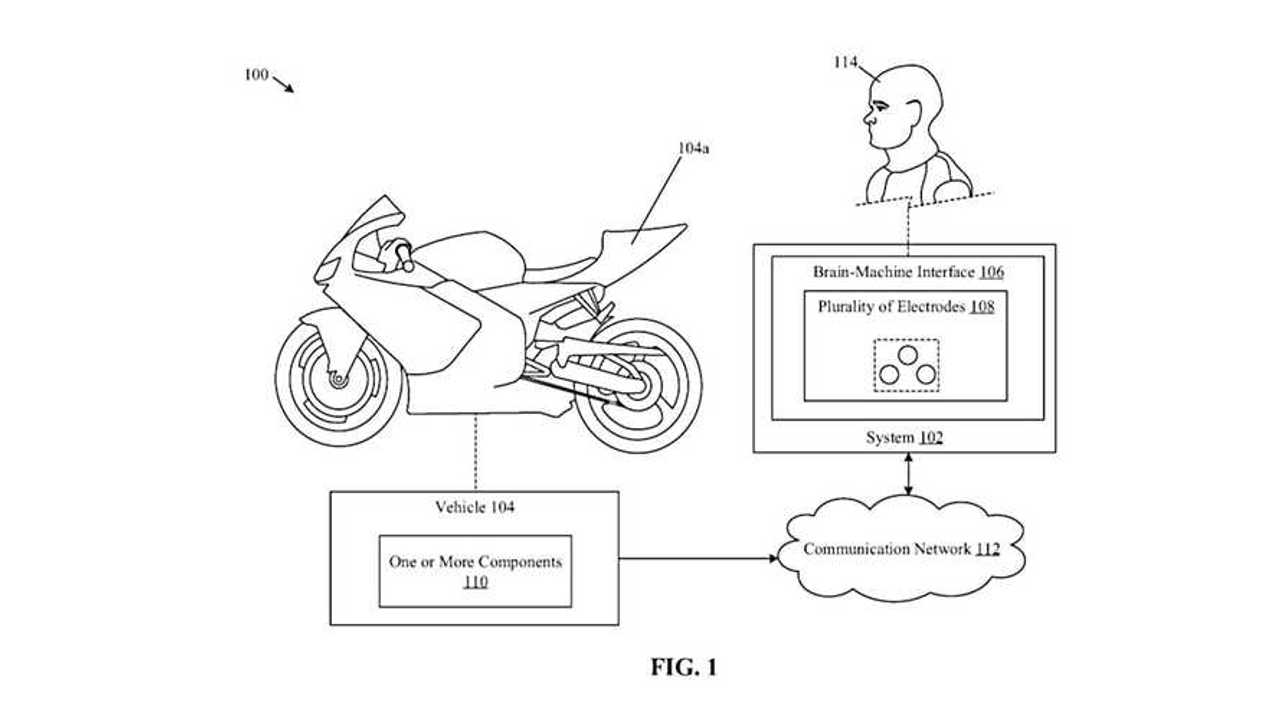 The house that Soichiro built isn't joking around, either.

Have you ever known a bike so well that it almost feels like it can read your mind? You know, like all you have to do is practically think it through that next corner and it’ll just go through on the perfect line, smooth as a hot knife through butter? If you haven’t, I hope you do someday—and so, apparently, does Honda.

Unlike me, though, Honda is actively doing something to make that wish come true. According to a patent application Team Red filed with the U.S. Patent and Trademark Office, they’ve been hard at work on it since sometime prior to May 21, 2019. The resulting application was published on November 26, 2020, just in time for Americans to give thanks that Honda was apparently dead serious about “the power of dreams.”

The patent explores possible development and applications of a thing that Honda calls a “brain-machine interface,” or BMI, for short. Throughout reading the patent, I couldn’t help but think of Philip Pullman’s intention craft—except that fictional vehicle was airborne. Honda, meanwhile, seems content to keep its brain-powered vehicles on the ground rather than in the air. Although Honda chose to illustrate this patent with highly entertaining drawings showing a BMI-using motorcyclist performing both a wheelie and a stoppie, the patent’s text indicates that Honda wants to use this technology to power three- and four-wheeled vehicles, as well.

Even though Pullman’s “intention craft” was fictional, the name is as direct as many mechanical names tend to be in conveying exactly what Honda hopes to accomplish here. Using a combination of the myriad rider aids found on most modern sportbikes, coupled with sensors that non-invasively monitor your brainwaves, the general idea is that Honda vehicles equipped with BMI will behave in the ways that you intend them to behave.

The patent goes on to suggest that this could be useful in compensating for differences in rider or driver experience levels. In other words, BMI could function like electronic training wheels to help avoid serious crashes due to inexperience. The patent writer also extrapolates that as a rider or driver gains experience, the BMI could learn and adapt to an individual’s skill level, and gradually offer less electronic compensation as a person’s own skilled inputs improve.

There’s plenty of detail to examine within the text of this patent, including all the currently available technologies that BMI might involve—but, of course, not be limited to. Honda clearly wants to cover its bases, but also allow room for technological growth on all fronts.

Apart from having an illustrator draw a wheelie and a stoppie in detail, though, here’s my absolute favorite text segment. It illustrates just how thorough Honda was in spelling all this out.

TL;DR: Honda’s coming for that brain. We can’t all be Marc Márquez, but Honda wants to help.