Active cruise control and other semi-autonomous systems are coming to motorcycles.

For years, the only time radar and motorcycles have mixed was when it came to radar detectors and staying out of trouble with Johnny Law. Now, though, two new motorcycles, the Ducati Multistrada V4 and the BMW R 1250 RT, will be available with active radar systems to provide active cruise control and other safety features. How do these systems work, and what will they add to your motorcycling experience?

The concept of radar, an acronym that stands for "RAdio Direction And Ranging," goes back to the 1930s. Basically, the system sends out a brief radio transmission, then it listens to see if that radio burst gets reflected back to its source by an object. It knows what direction the object is in based on what direction the antenna is pointing at the time (direction) and determines how far away the object is by how long it took the reflection to come back (ranging), which means the system can plot precisely where that object is. This is how the UK got the early warning it needed to fend off Luftwaffe attacks during the Battle of Britain.

After the war, radar found numerous peacetime applications. It's still used for its original purpose of tracking aircraft. A similar transmitter is how the microwave oven works, which used to be called a "radar range." We've all been on the receiving end of speed radar in the hands of a police officer. With the new Ducati and BMW, radar is finally creeping into high-end motorcycles as well.

Radar is just one piece of the system that enables features like active cruise control. In this case, the radar antenna is fixed, pointing straight ahead. It's able to measure how far ahead of you an object is, usually a car. It feeds that information to the bike's computer, which also manages cruise control. When it detects that you are closing on a vehicle ahead of you, it reduces the electronic throttle, or even lightly applies the brakes through the anti-lock system, to slow you down. When it (hopefully) moves out of the lane, the system detects that it's gone and resumes your previous higher speed.

This technology has already existed in cars for a few years. It enables many other systems as well, from warnings that the lane next to you is occupied, to automatic emergency braking, which will slam on the brakes for you if you don't notice stopped traffic ahead.

There are also unique considerations for motorcycles that cars do not have. While it's perfectly safe to have cars take over throttle and braking control in emergency situations, it would be dangerous on a bike, since unlike cars, bikes can tip over. If your motorcycle abruptly slammed on the brakes when you weren't expecting it, you would probably crash. The same technology could display a huge flashing warning on your TFT screen to get your attention, however.

Another issue is that motorcycles lean over, sometimes quite a bit. This could cause the fixed radar antenna to detect the road surface and think it's an object ahead of you. The bike's computer uses its lean angle sensors to detect when this is happening, and then ignore those false signals. 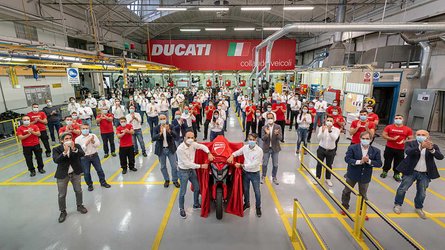 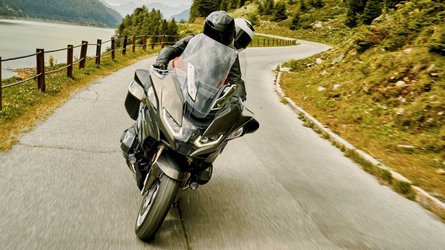 Some bikes, like the Ducati, also have a rear-facing radar to warn you if a vehicle is approaching rapidly from behind. Other brands are working on their own radar systems, and Bosch is making their hardware available to all of them to integrate as they see fit.

Certainly, there are some riders who feel that the intrusion of these electronic aids takes away from the riding experience. The only "cruise control" any of my bikes have ever had was a throttle locker, which is about as crude as you can get. I've used active cruise control in a couple of loaner cars, though, and am quite impressed. The Lincoln MKS rental I had at Sturgis last year even detected motorcycles and adjusted its speed for them, which I was pleased to see. If your riding style involves gobbling up hundreds of highway miles at a time, active cruise control will be a welcome addition.