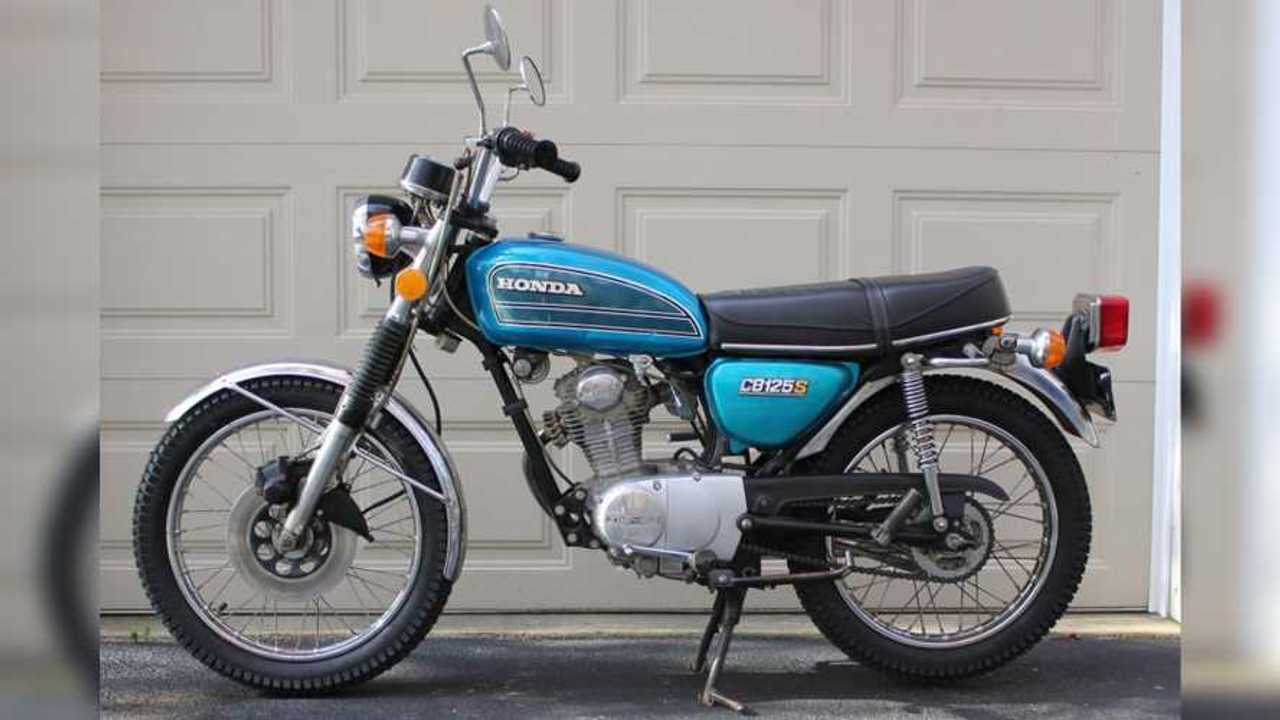 You can buy this mighty mite on Bring a Trailer.

The Honda CB750 always takes the spotlight. It's the bike that revolutionized the motorcycle world in its day and pretty much established the UJM (Universal Japanese Motorcycle) category. Believe it or not, Honda made other motorcycles, too. This 1975 CB125S for sale on Bring a Trailer is an example from the smaller side of Honda's lineup.

This particular bike is a remarkably original example, with just a few minor updates. It has its original two-tone Candy Riviera Blue paint job with chrome fenders, a 1975 exclusive as Honda changed colors every year at the time. There are a few dings in the finish and a small dent on the gas tank, indicating that this is an original unrestored model.

The 80 mph speedometer is quite optimistic for the kickstart-only 122 cc single-cylinder engine with a five-speed transmission. The odometer reads just 1,058 miles, 55 of which were ridden by the seller. This may or may not be the true mileage of this bike, but if it is, it would explain the bike's excellent condition.

The bike isn't entirely original. It has new Shinko tires, new hand grips, a new battery, and an aftermarket carburetor, as well as fresh fork and engine oil. The rest of the bike looks original, including the seat that's in excellent condition, as well as the mechanical disc brake up front. A bike this small apparently doesn't need hydraulic brakes. Later versions of the CB125 even went back to a drum front brake.

If you're the lucky winner of this auction, you'll get not only the bike but also the original carburetor and a current New Hampshire registration. New Hampshire doesn't title bikes more than 20 years old, but you will be able to register this bike for the street with its current registration and the bill of sale.