Will The Triumph Trident Be The First Of A New Range Of Bikes? 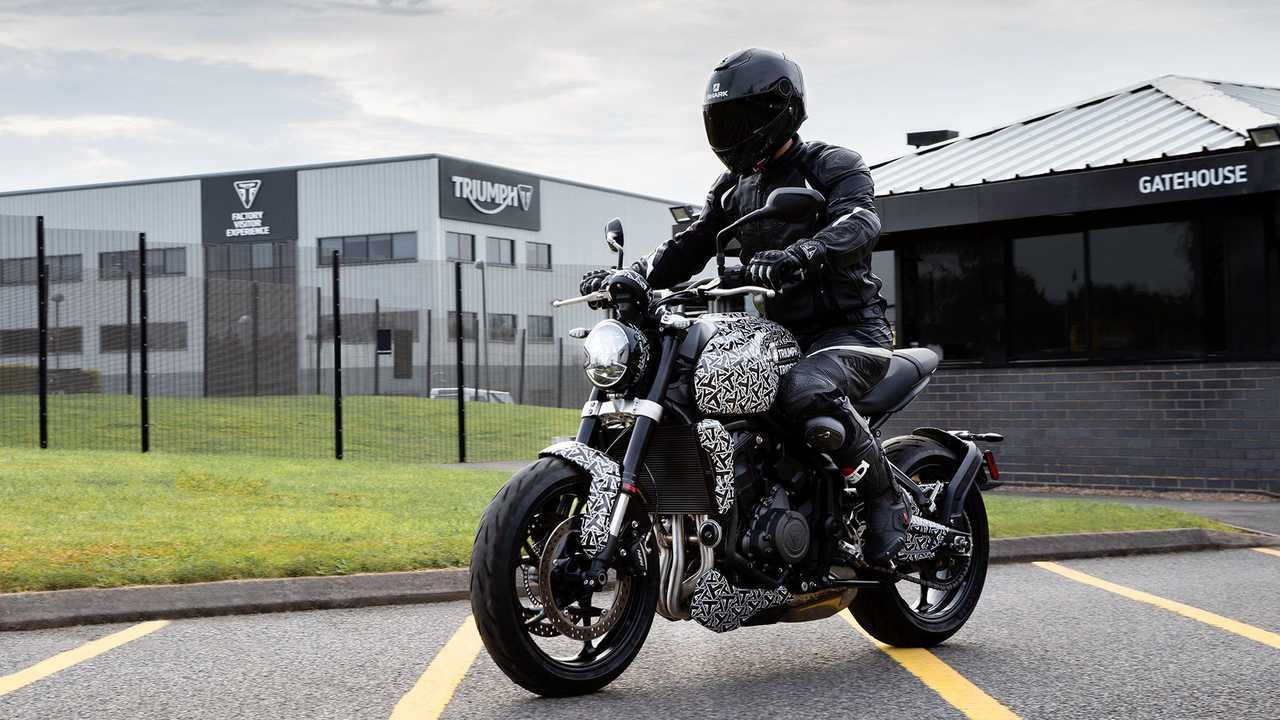 Number one of three.

On October 30, 2020, we’ll find out more about the House of Hinckley’s latest project with the debut of the new Triumph Trident. We don’t know much about the upcoming bike other than it will set a new entry-level benchmark and offer the level of refinement we’ve come to expect from the brand.

As we’re getting ready to meet the new bike, however, rumors out of Europe now suggest that it will be the first model of a new mid-range lineup.

Several Italian outlets, including Motociclismo and inSella.it, shared a picture apparently snapped during a Triumph dealership presentation. The image shows a projection of three motorcycle renders—one of which is easily identifiable as the new Trident. Alongside the "roadster”, an “adventure” and a “sport-adventure” model also appear. This prompted our Italian colleagues to suggest that the Trident is only a beginning and that two variants will follow.

Some sources, including Cycle World, already reported that we should expect the Trident to use a 660cc inline-triple, an engine originally developed for the Australian market where new riders are limited to detuned 660cc bikes.

Considering that the mid-range segment is thriving, it would therefore make sense for Triumph to expand its selection and take full advantage of its new platform. With the "entry-level" Tiger now sitting at a healthy 900cc, there is plenty of room for an adventure cub. As for the sport-adventure-touring segment, that’s one the British marque has yet to enter. The BMW XRs could be about to get some serious competition from across the Chunnel.

For now, this is all speculation though dealership presentation leaks are usually fairly reliable (think Indian Challenger and updated Triumph Rocket 3, for instance.) If rumors of a new mid-size range turn out to be true, that’s something we can be excited about. Triumph could become even more accessible and we’re here for it.