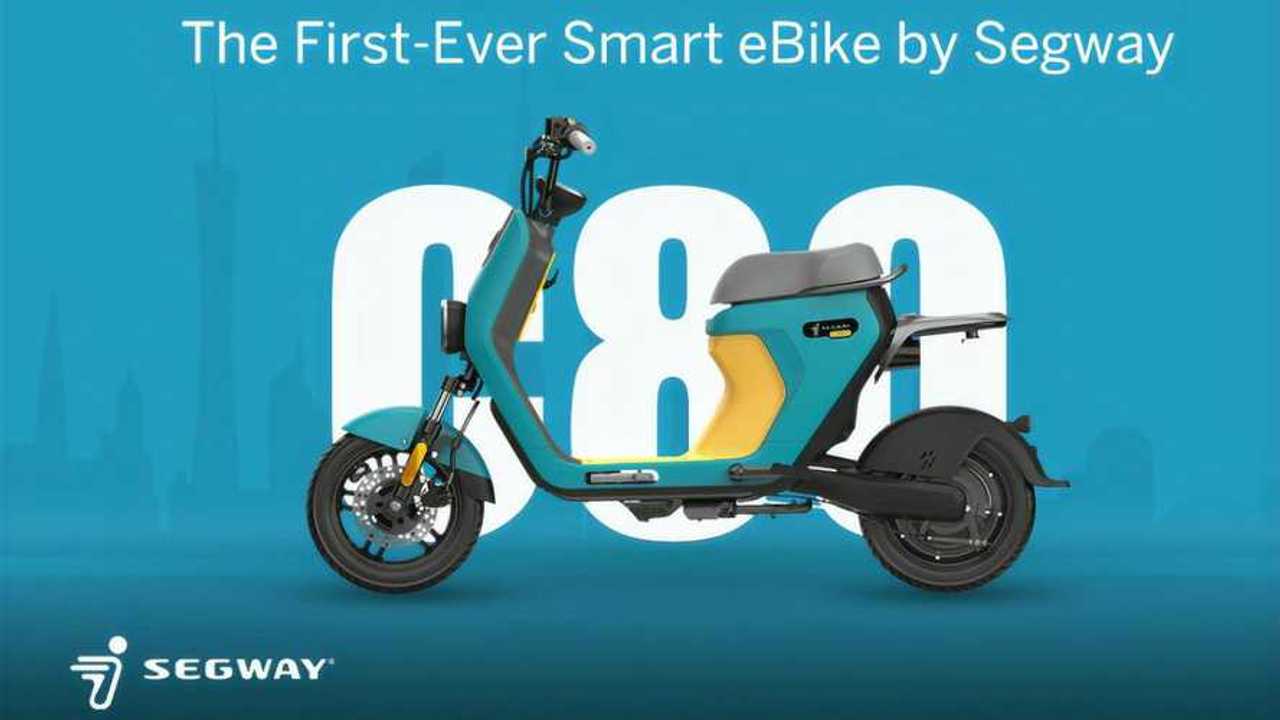 Its claim to fame: up to 50 miles of range per charge.

Back in July, 2020, we told you about the Segway eMoped C30. At the time, it was Xiaomi-owned Segway-Ninebot's newest member of the eMoped C-series family, and one that made headlines because it was being sold for a mere $500 new. That it was a China-only model was beside the point; there are literally toy vehicles that cost more than that cheerful little scoot. Intrigue was understandably piqued.

It’s October, 2020 now, and Segway just put the eMoped C80 into production for the U.S. market, after a successful crowdfunding campaign via IndieGoGo. If you’re interested, you can still pre-order the C80 at a discount via that link, but with 29 days left in the campaign, it’s already at 2120 percent (not a typo) of its fundraising goal at the time of writing.

So what’s the deal? If you’ll recall, all the C-series eMopeds tell you how many kilometers of range they’ll do in their name. Translated for our market, that means the C80 will do just under 50 miles on a single charge. Top speed is 20 miles per hour, so it’s definitely targeted toward urban areas with major traffic congestion, or college and tech campuses where slower speeds are the norm.

Segway’s main selling point for the C80—besides its admittedly adorable form factor—is the fact that you don’t currently need a license in most U.S. states to operate one. It weighs 121 pounds, including the battery, and features a lot of connectivity and dependence on your operating it via your smartphone.

When you first get your C80, it comes with an NFC card to swipe over the dash to help pair it with the app you’ll have downloaded onto your phone. Once your phone and the C80 are paired, you can use the included AirLock system—and no, we don’t mean that you can suddenly whoosh your enemies out into the vast nothingness of space via iOS. Instead, Segway’s AirLock system lets you use your paired smartphone as the key to unlock or lock your C80 whenever you’re in or out of proximity.

There’s also an AutoLock timer you can set, and a Smart Seat Detection sensor tells the C80 whether it’s safe to allow normal vehicle operations. If the sensor detects that no one is actually seated on the moped, Segway says it will be inoperable to help ensure user safety. Oh, and there’s also a cruise control function, and all functions are color-coded on the handlebars with primary-color LEDs to tell you what mode it’s in.

If you’re interested, the pre-order reduced price for a single C80 is $1,899. If you team up with some friends or family to buy two or more, you can save slightly more money per unit. Although it’s an IndieGoGo campaign, Segway-Ninebot has raised other funds for other projects this way—and is currently shipping some of them now, so it seems like these will probably ship out in the future as well.