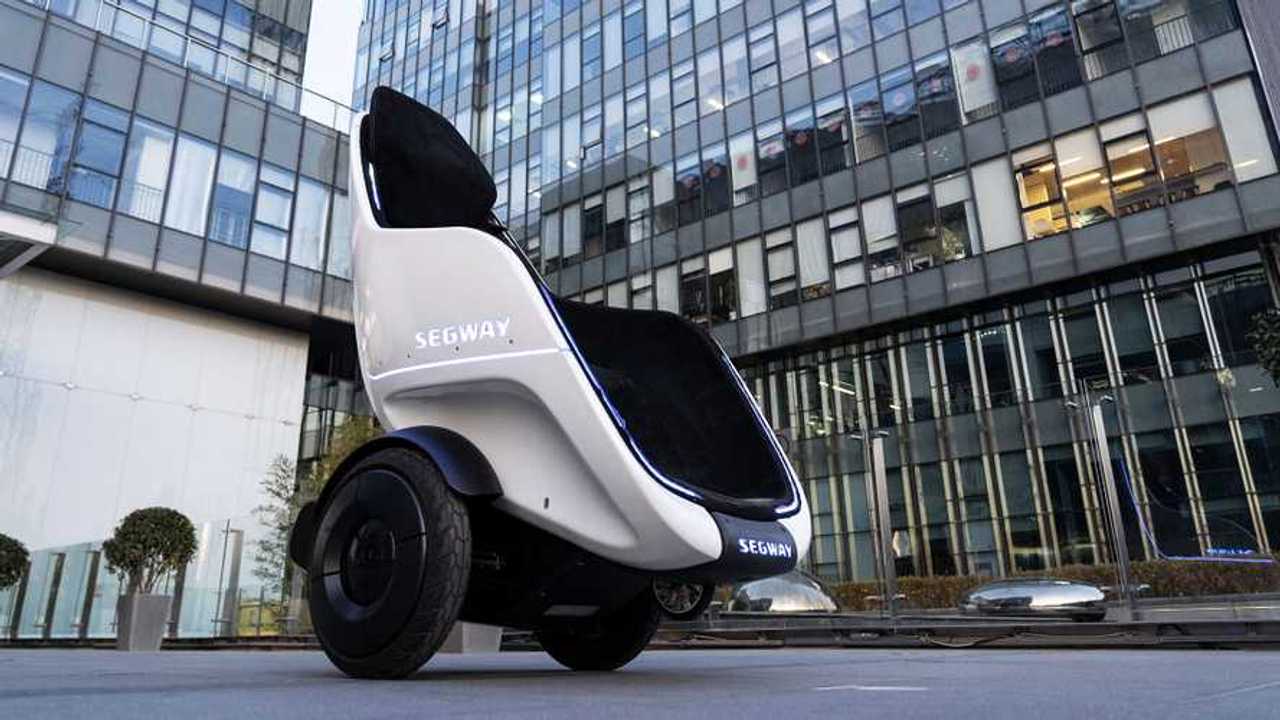 Do you really want to do this, Segway?

We made all the possible tourist and mall cop jokes when Segway—now paired up with Ninebot—announced it would launch a lineup of electric motorcycles and scooters. The company resurfaced in November 2019 to announce it would launch an electric dirtbike, followed a month later by a full-blown, performance-oriented sportbike. Things started looking better than they ever did for the company. Then they didn't.

Segway Segues To The Dirt With New E-Bike

Have you seen the Segway-Ninebot Apex? It’s one mean-looking electric sportbike. We don’t know how it will perform yet but it sure looks cool. Between the Apex, the X160 and X260 dirtbikes, and the eScooter and eMoped, things are shaping up for Segway. That’s what we thought, anyway.

On January 3, 2020, before the opening of CES 2020, Segway-Ninebot unveiled the S-Pod. It’s a self-balancing chair on two wheels controlled with a joystick that can reach the terrifying top speed of 24 miles per hour. Can you imagine? 24 mph in that thing? That’s not fast on a motorcycle but it sure is in that weird coffin on wheels. Here I thought electric push scooters were bad.

The company says the vehicle is inspired by the Jurassic World gyrospheres but that’s not what most people see. Every media has made this reference so I’ll indulge myself: it actually looks like the hovering chairs in Wall-E. I sure wouldn’t want to visit a dinosaur park in the S-Pod anyway.

Look at the Apex. Look at it. Isn't that cool enough for Segway?

We’ve been hearing about urban mobility for what feels like ages at this point. It’s been part of the industry’s lingo for a few years as people turn away from personal vehicles to the benefit of public commuting solutions. Considering Segway was kind of early on the whole urban mobility ball—dare I say one of the movement's precursors?—I guess it was only a matter of time before it went back to its roots.

The company says the S-Pod will be limited to closed campuses like airports or malls—because there’s nothing like sitting in a pod to get to your door before sitting in a plane for a few hours more.

I understand the need for mobility solutions and I’m not against them. Not all of them at least. I understand that it’s easier to hop on a bicycle to get from point A to point B in the city. The S-Pod won't get you to work, however. It's only meant to save you some walking time. Isn't walking a good thing? Shouldn’t they make smart robots to carry luggage like Piaggio did instead of carrying people? I can tell reality from fiction but the fate of humans in Wall-E is sad and scary.

The one audience I could see this be relevant for is people with mobility issues, in a fancy, high-tech wheelchair or mobility scooter kind of way. To be fair, that probably doesn’t sound as sexy in a marketing spiel, but it makes so much more sense. I wouldn’t be here making fun of it had Segway clearly targeted the people who would actually need a vehicle like the S-Pod in the first place. The problem is, Segway doesn’t even discuss the use of the S-Pod and the type of audience it’s trying to cater to. So here we are, making Wall-E references.

People are already having a hard time navigating on smaller vehicles like push scooters, can you imagine watching them run into one another at the mall? Reintroducing the self-balancing Segway “hoverboard” would have been better than this... Please stahp, Segway. You’re going down a path I cannot follow. Either get your marketing right or stick with bikes.