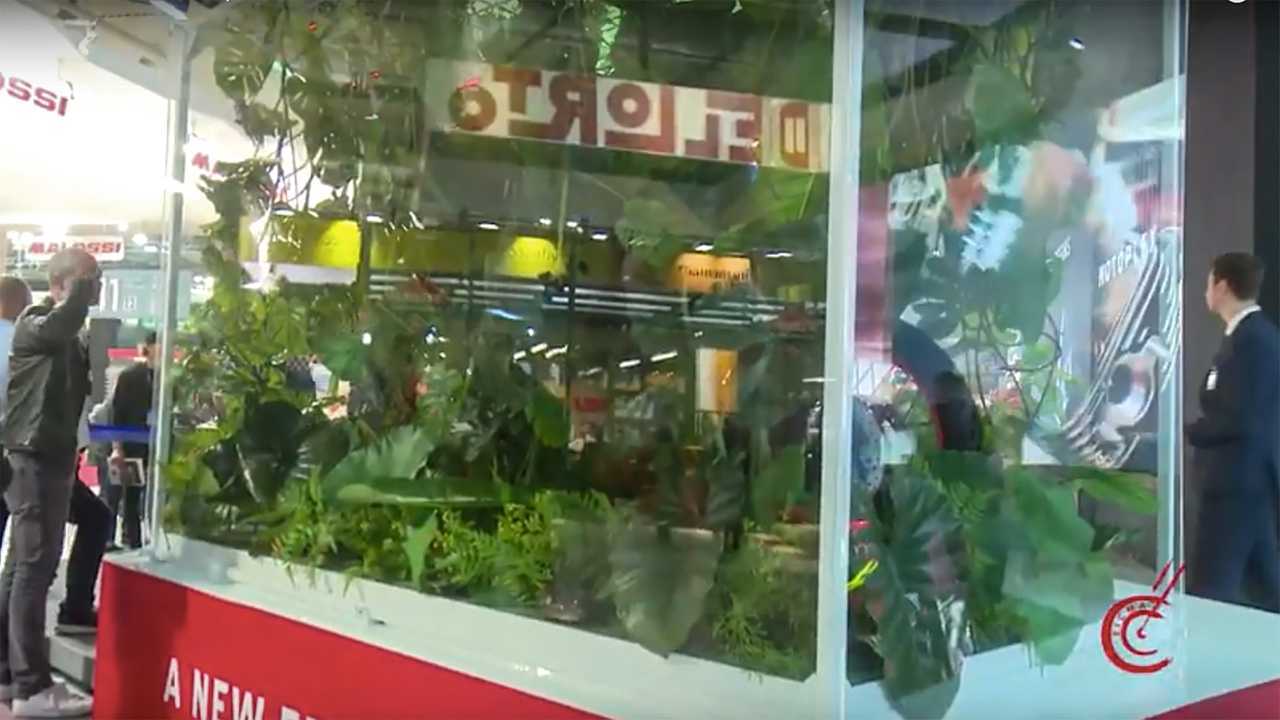 At EICMA 2019, Aprilia gave us the ol’ razzle-dazzle with the introduction of the shiny new RS 660 middleweight sportbike and its naked counterpart’s prototype, the Tuono 660 Concept. While everyone was checking out the two striking bikes, we almost missed a massive clue about Aprilia’s next model—and perhaps the most exciting of the lot.

In a glass box, drowning in tropical leaves, an anonymous bike was on display. Aprilia didn’t make a big fuss out of it—it simply set up the box at its booth and left people to speculate about what was hiding in it. It wasn’t long before the name Tuareg started circulating—especially since, you know, the name was in big letters on the side of the hidden bike’s tank.

After all, the model was Aprilia’s famous adventurer produced until the mid-90s. Combined with that shiny new 660cc powertrain and a booming mid-size adventure segment and the math wasn’t hard to do.  Almost a year later and we have yet to see a production-ready Tuono 660, let alone a Tuareg 660. At least, that was until a keen-eyed observer spotted what looks like the rumored Tuareg out for a ride.

At first glance, the test mule’s silhouette is reminiscent of the Yamaha Ténéré 700 and the Honda Africa Twin with the flat nose, tall handlebar—freakishly tall on the Aprilia prototype—and asymmetrical wheels. The bike has all the enduro essentials form the upswept exhaust tip and skid plate, to the touring windscreen and wire-spoke wheels. Aprilia is seemingly going for a quintessential adventure bike design—at least in test mule form, the bike doesn’t have any features that really stand out and make it unique. Aside from the muffler long enough to keep the passenger’s buns warm.

That’s about as much as we can pick up from the picture. Upon closer inspection of all those fuzzy pixels, it looks like there are two exhaust pipes on the underbelly—consistent with the 660 engine—and if we stretch it a little bit, it even looks like we have two brake discs and a standard fork suspension at the front.
We can hope that sometime in October or November, 2020, around the time the big motorcycles shows would normally happen, Aprilia is going to have a little something adventurous to share with us. Maybe alongside the showroom-ready Tuono 660?

Piaggio India Confirms Work On An Aprilia Tuono 400 Is Underway