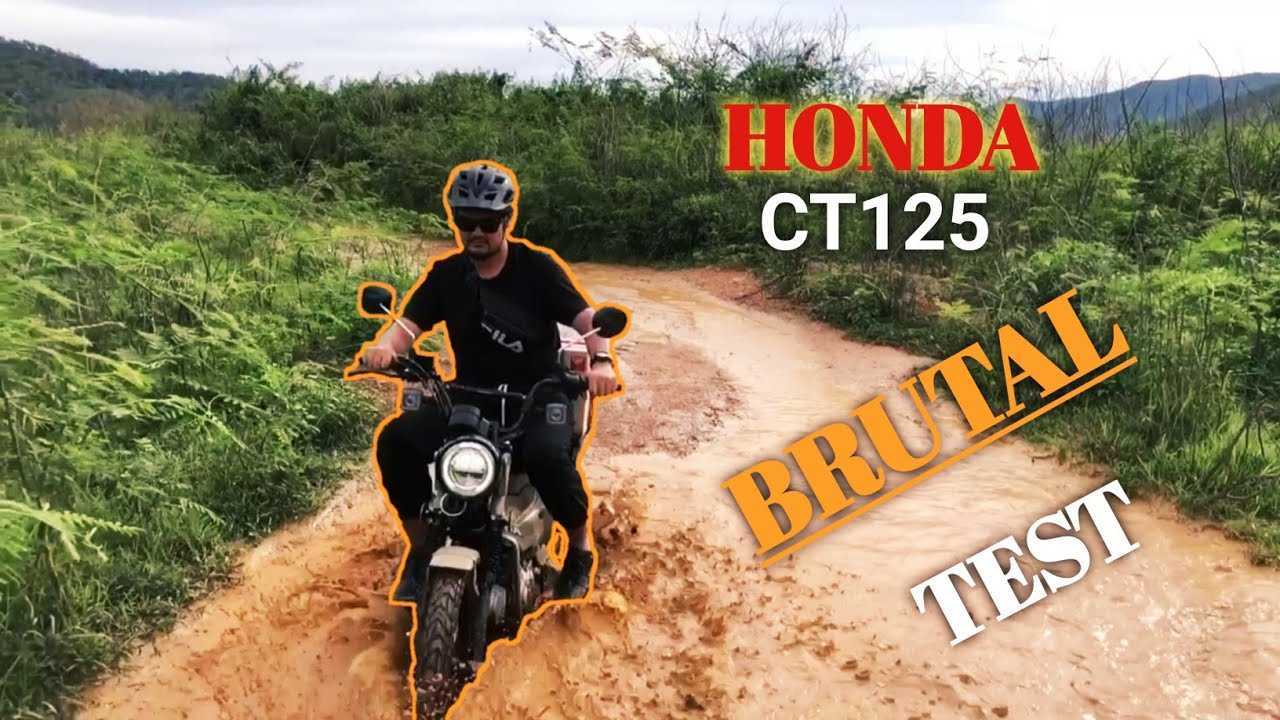 What would you do with your Honda CT125 Hunter Cub? Now that American Honda has officially announced that the U.S. is getting them, I’d definitely want to hit some trails and take a little picnic with me. Stop somewhere scenic, take in the local nature scenes with my lunch, and then continue on my way. Honestly, that sounds like a really nice day, doesn’t it?

While I’m certain the CT125 would handle such modest pursuits with no trouble, this YouTuber decided to give his new Hunter Cub a thorough thrashing. We’re not just talking big mud puddles; we’re talking full-on Hunter Sub action as he rode the thing off into the river. A couple of kids nearby are fishing, and they just grin as the guy wheels his CT125 back to land.

Soon the water is draining out of the engine just fine. It’s a good thing he brought his tool kit, since he needed to also remove the spark plug to fully drain the thing. After a thorough draining, the bike fired right back up and he resumed his thoroughly abusive testing.

Now, sadly, there’s one issue I have with this video: we never get to hear anything other than the music bed. Maybe he only had camera mics and felt like the wind noise would be too much to deal with? In any case, it would’ve been nice to hear the bike sputter back to life after its full submersion. It also would’ve been nice to hear him and his buddy as they worked to get the CT125 out of the surprise hole he rode it into in some grassy area. Sure, he maybe would’ve needed to subtitle it, but it wasn’t a long conversation. Just probably a bit of “look what you got yourself into, you expect me to help you with this?? LOL” or something similar.

Anyway, what kind of adventures would you get up to with your CT125, if you had one? Are you planning to get one? Are you disproportionately excited about such a small bike, like I am? Some people get excited about Groms and Monkeys, and that’s cool—but I’d much rather a CT125, myself.

More For Your Video Queue: