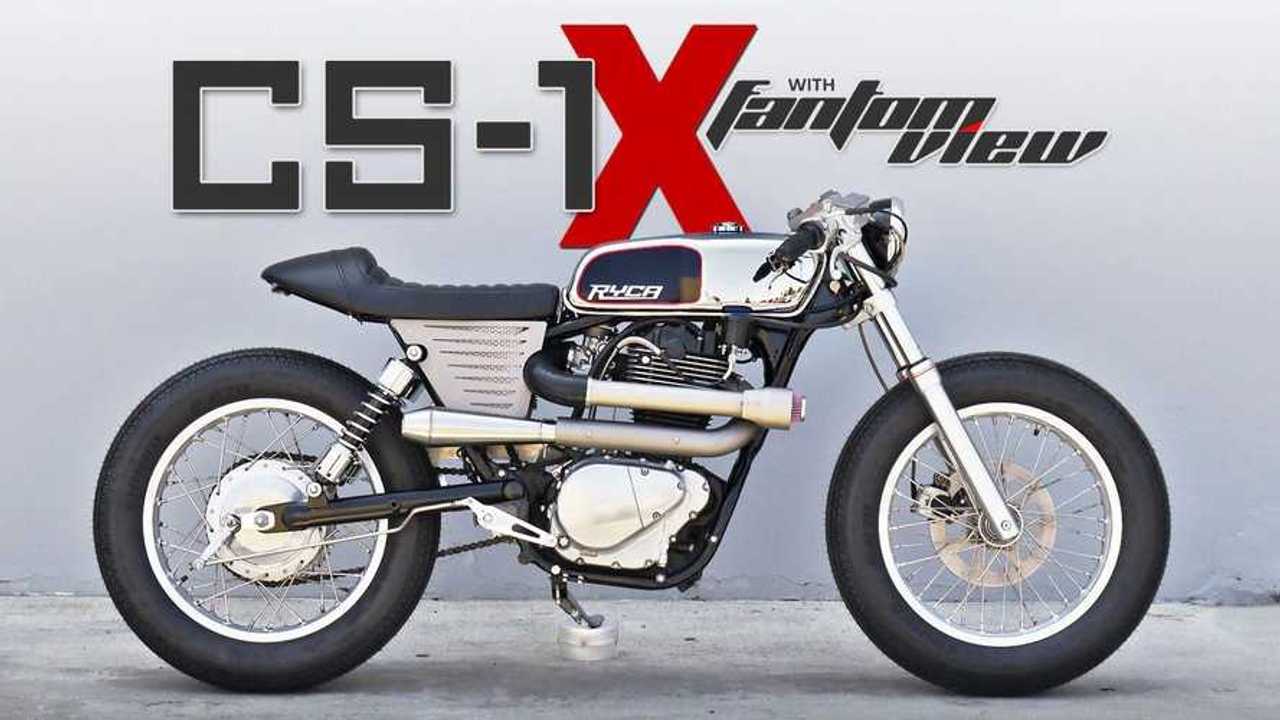 In 2010, RYCA Motors burst onto the scene with the CS-1 kit for Suzuki’s LS650 Savage. The all-in-one bolt-on package updated the long in the tooth cruiser into a sleek café racer with refined styling and more aggressive ergonomics. The kit was a hit, striking while the modern classic iron was hot and earning the company spotlights on Jay Leno’s Garage and Popular Mechanics.

In the years since that first CS-1 kit, the Los Angeles-based brand added scrambler, tracker, and bobber sets for the Boulevard S40 and Harley-Davidson Sportster to its repertoire. To celebrate its 10-year anniversary, RYCA returned to the kit that started it all and developed the all-new CS-1X with its proprietary augmented reality (AR) app Fantom View.

While RYCA was at the forefront of the café racer trend in 2010, the revived style proved to be more than a fleeting fad. For 2020, the company updated the CS-1 kit to contemporary custom standards with a Manx-style tank, full-leather saddle and seat cowl, and slotted aluminum side panels. The CS-1X not only takes on a more industrial look but sets the stage for RYCA’s patent-pending customization app—Fantom View.

RYCA CEO Casey Stevenson and COO Ryan Rajewski utilized Fantom View’s AR technology throughout the development process to pre-visualize the tenth-anniversary kit. Before moving into production, the duo was able to check parts fitment, finish options, and clearance issues. With the CS-1X as a testbed, RYCA hopes to expand the app through a subscription model. From manufacturers to dealerships, from mechanics to consumers, countless parties could benefit from the possibilities presented by AR.

“No trend in motorcycling has been bigger than the concept of customization, and now even the major OEMs design and market their bikes as a platform for endless personalization,” said Stevenson. “But finding parts and accessories for a specific bike and making sure they all work together can be a major challenge since there are thousands of parts made by hundreds of manufacturers.”

Using the CS-1X as a proof of concept for the new AR app, RYCA unveiled Fantom View on equity crowdfunding site StartEngine with the limited-edition kit as a perk for early investors. The company plans to use the crowdfunding investments to drive further development of the Fantom View platform and use within the Powersports industry.

“Augmented reality takes the guesswork out of shopping for OEM and aftermarket parts because you can see exactly how they’re going to fit and how they’re going to look before you buy them,” said Rajewski. “It can also be used for tech support, maintenance, and repair in ways far beyond what is possible with written manuals or videos. We’re convinced it’s the future of parts, sales, and service.”

With manufacturers like Harley-Davidson and Royal Enfield relying more and more on technology in the face of COVID-19, it seems like RYCA is staying ahead of the café racer and technology curve with the CS-1X and Fantom View.

This Kit Turns The Continental GT650 Into A Proper Cafe Racer