Why Was Motocross So Cool And It's Not Anymore?

What goes big air must come down.

It was the raddest of times, it was the gnarliest of times. Bands like Blink-182, Red Hot Chili Peppers, and the Foo Fighters owned the airwaves and Mountain Dew and Surge vied for soda pop dominance. Spiked hair and puka shell necklaces were badges of honor and brands such as Etnies or Lee Pipes weren’t only relevant, but a prerequisite for “cool”. The year was 1999, ESPN was pumping the X Games into millions of living rooms, and Travis Pastrana was launching his Suzuki RM125 off Pier 30 and into the San Francisco Bay.

Up to that point, freestyle motocross was a fringe sport. Fatigued from the rigors of motocross competition, Mike Metzger and friends took to the deserts of California to see who could throw down the biggest and baddest tricks. Freestyle riders wanted to return to the essence of riding dirt bikes without the pomp and circumstance of organized events. Of course, once the Crusty Demons video series exploded in popularity, corporate America found a way to monetize the antics of these two-wheeled daredevils. 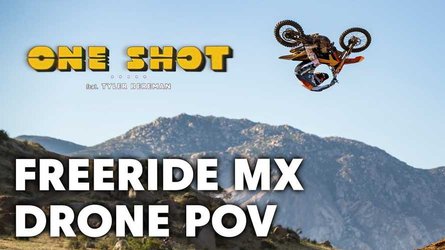 This Epic Motocross Freeride Airfest Brought To You By Drone
⠀ 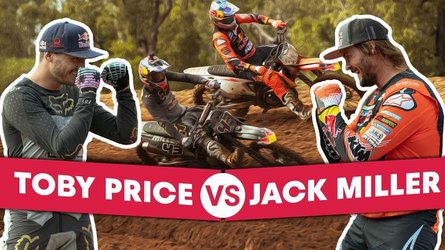 When the X Games co-opted the sport, motocross became mainstream. Fueled by rivalries, ever-increasing trick difficulty/danger, and elevated stakes, the "extreme” sport reached new technical heights thanks to the spectacle ESPN created. From the backflip to the body variable, from the 360 to the no-handed backflip, the spotlight pushed competitors to innovate and test the limits—and their pain tolerance.

As the saying goes, anything that goes up must come down, and the MX world was heading for a crash landing. When Travis Pastrana completed his momentous double backflip at the 2006 X Games, some could argue that the sport was already going out of style. Soon to be eclipsed by the custom culture fad, “Kyles” nationwide started trading in their Fox jerseys and Metal Mulisha hats for Ed Hardy shirts and Von Dutch jeans. The edgy motocross image went from badass to basic in just a few years, replaced by a new wave of unprecedented douchery.

No, motocross isn’t as popular as it once was, but some could argue that it’s better than ever. With new talent pushing the sport forward, it doesn’t need to mainstream appeal to validate its importance. Sometimes, being cool means not being popular, and if that’s the case, motocross still has it.