Yamaha Is Working On A Bike That Doesn't Tip Over

The Niken and Tricity are just the beginning.

Yamaha has been trying out some new ideas lately, such as the Niken motorcycle and Tricity scooter with an unusual three-wheeled arrangement. At the online unveiling of the new Tricity 300, Yamaha made it clear that this is only the beginning of their experimentation with three-wheeled platforms.

Takuya Kinoshita, General Manager of Yamaha Motor Company's Motorcycle Business Operations, spoke alongside Daisuke Asano, head of the Leaning Multi-Wheel division. Yes, Yamaha has an entire division dedicated to this technology, which shows just how serious they are about this idea.

Yamaha believes they are in an excellent position to capitalize on recently increased scooter sales by rolling tilting three-wheeler technology out to more of these bikes. This would make them more user-friendly for riders switching to scooters out of a desire for efficient solo travel more than a strong desire to ride a bike in and of itself. Among these technologies, Yamaha is working on a bike that will not tip over, which would be immensely appealing to new riders such as the ones adopting these scooters.

Yamaha is not the first company to investigate this technology. Honda has developed the Riding Assist-E system, which keeps the bike upright at low speeds or at a stop. BMW has tested something similar. Even aftermarket companies like Tilting Motor Works have gotten in on the act. Yet none of them have shown the commitment to the idea like Yamaha has. No one else has an entire division devoted to the technology.

Between now and 2030, Yamaha's Kinoshita has promised a strong push for innovation and says that the resulting new vehicles will transform the mobility we know without the constraints of existing technology. Given how far outside the box we've seen them think so far, I have no doubt that Yamaha means business when it comes to tilting three-wheelers. 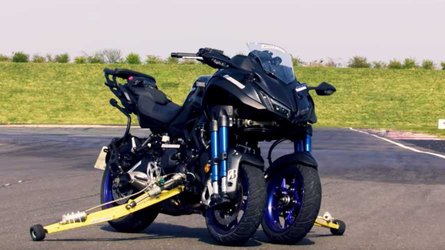 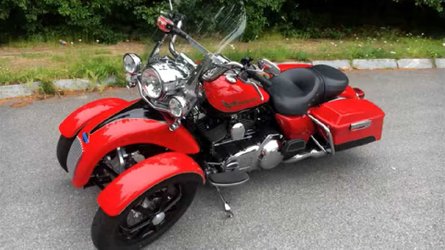