Velocifero Electric Bikes Get The Fat Tire Treatment In 2020 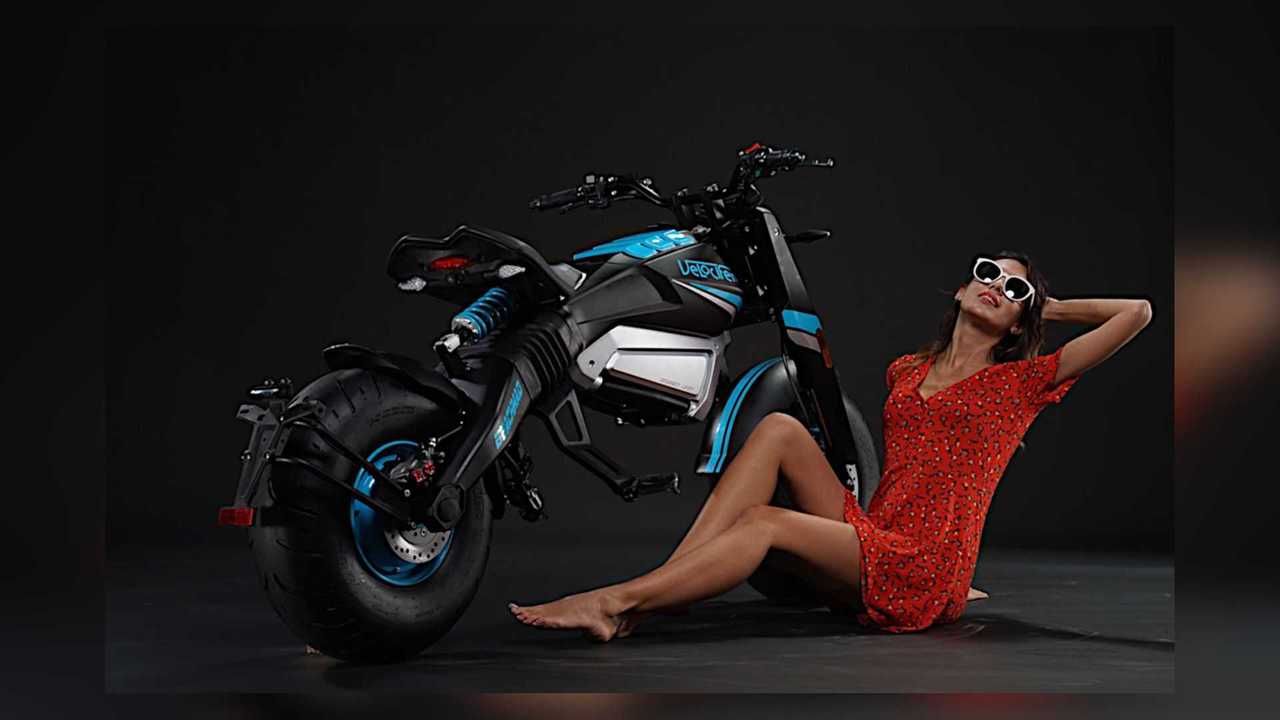 Have you heard the name Velocifero? No, I’m not talking about the fourth Ladytron album. I’m talking about the relatively new electric vehicle maker helmed by industrial designer Alessandro Tartarini. You might recognize his family name because they brought Italjet into the world. While Italjet is primarily known for combustion scooters, Velocifero is all electric, all the time.

Up until July, 2020, Velocifero was primarily known for making electric scooters. However, at the 41st annual Bangkok International Motor Show, Velocifero lifted the curtain and revealed three new electric bikes to round out its lineup. No, seriously. They’re very, very round. (Incidentally, the BIMS is ongoing through July 26, 2020, so if you’re in Thailand right now, you could go see them in person.)

Velocifero previously had the Micro Mad kick scooter, as well as the Mini Mad, which is slightly larger than the Micro Mad and has a seat so you can ride on it. Both those small scoots had average-sized tires.

That’s not the case at all with the new Madness, though. The tires on the new bikes range from fat to t h i c c, and if you were wishing that someone would come up with a modern electric Fat Cat, you may be very pleased about this development.

First, there’s the Mad. No longer Micro or Mini, this one is just regular-flavor Mad, no modifiers necessary. It looks like a slightly larger Mini Mad, and features both a removable seat and folding handlebars, in addition to that skateboard deck-derived floorboard. Velocifero plans to offer it with five different motor options, ranging between 500 and 1,600 watts. You’ll also have a choice between a lead-acid or a lithium-ion battery, but the lead acid battery only gives it a claimed range of between 19 and 25 miles, while the Li-Ion battery raises the range to 35 miles. Top speed is 28 mph on the Mads equipped with 1,300 or 1,600 watt motors.

Next is the Beach Mad, which is the one that most calls to mind the spirit of the trusty Honda TR200. Unfortunately, Velocifero hasn’t released much information about this model, which is sad because it’s probably the most intriguing of the three for RideApart’s purposes. Japanese publication MotorFan got their hands on one, and say it’s equipped with a 2,000 watt motor that can do a top speed of 60 kmh (or 37 mph). They also said it feels a lot like riding a 50cc scooter, but those chunky balloon tires are a lot of fun to watch as you’re rolling along. Charge time is 8 to 10 hours on a standard household plug, and range is 60 to 70 kilometers (37 to 43 miles), per MF.

Finally, for those who want to channel those turn-of-the-century bicycling looks, there’s the Velocifero E-Classic. The case that holds the electric motor and battery pack is even made to resemble the kind of rudimentary piston engines initially bolted into bicycle frames, back when the concept of motorcycling was new. This bike features a 36V 250/350 watt motor, and can make use of up to two Panasonic Li-Ion 36V 12ah battery packs. It charges in 6 to 8 hours, and has a claimed range of up to 80 km, or just under 50 miles. Although it looks quite a bit like a bicycle, this model, too, has received the fat tire treatment.

Price and availability information for these three new models isn’t available yet. According to its website, Velocifero sells its bikes in 26 countries. That includes most of Europe, as well as China, Korea, Malaysia, Indonesia, Borneo, Saudi Arabia, and the United Arab Emirates. It’s worth noting that it does definitely sell in Thailand as well, so it’s possible that this listing is not up-to-date.