Is Ducati Working On A Lamborghini-Edition Diavel? 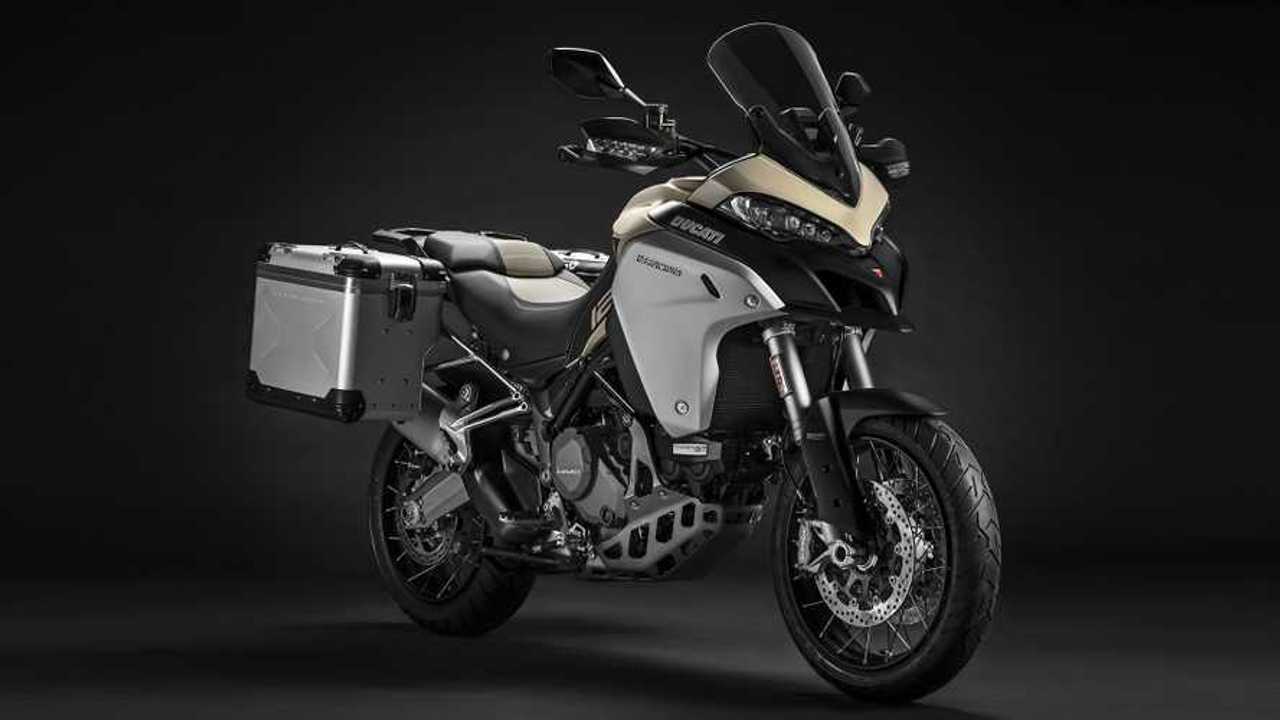 Everything in the motorcycle industry is up-ended this year: racing, bikes shows, new model launches, etc. Have no fear, though—new bikes are coming. Ducati will reveal a Lamborghini-edition Diavel this year, as well as a Multistrada Enduro 1260 Grand Tour and a Scrambler 1100 Pro Dark.

The Diavel 1260 Lamborghini (as the EPA calls it, in its listings) will use the same liquid-cooled, 1262cc, 157 horsepower L-twin engine as the standard 1260 Diavel. We wouldn’t expect much else to be different either, just some Lamborghini badging and maybe some gaudy paint. This is just a clever way for the Volkswagen Group to make some extra money from cross-marketing their Ducati and Lamborghini subsidiaries.

As for the Multistrada Enduro 1260 Grand Tour, the name explains everything. Ducati’s existing Multistrada 1260 Enduro model takes the company’s flagship ADV bike and optimizes it for off-road usage. Ducati also has a Grand Tour edition of the Multistrada that’s optimized for sporty travel. This new model will combine the two; it’ll probably have spoked wheels, a full luggage package, a big windscreen, heated grips, and other creature comforts. It’s listed with the other Multistrada 1260 models, so it should have the same 90-degree 1262cc liquid-cooled L-twin, with 157 horsepower and 95 foot-pounds of torque.

As for the Scrambler 1100 Pro Dark, this is likely the same machine as the existing Scrambler 1100 model, but with a blacked-out paint job. Ducati sells other Dark models already; they’re mechanically identical to their more expensive counterparts, but a budget finish means Ducati can drop the price a bit. In that case, expect this bike to be pretty much the same as the Scrambler 1100 Pro, with air-cooled 1079cc L-twin engine making 86 horsepower and 88 pound-feet of torque.

With the EICMA and Intermot shows canceled for 2020, Ducati’s normal bike release schedule is likely going to change. Still, we’d expect to see these machines unveiled before Christmas.