The 2021 Honda CRF450R Gets New Frame, Many Other Upgrades 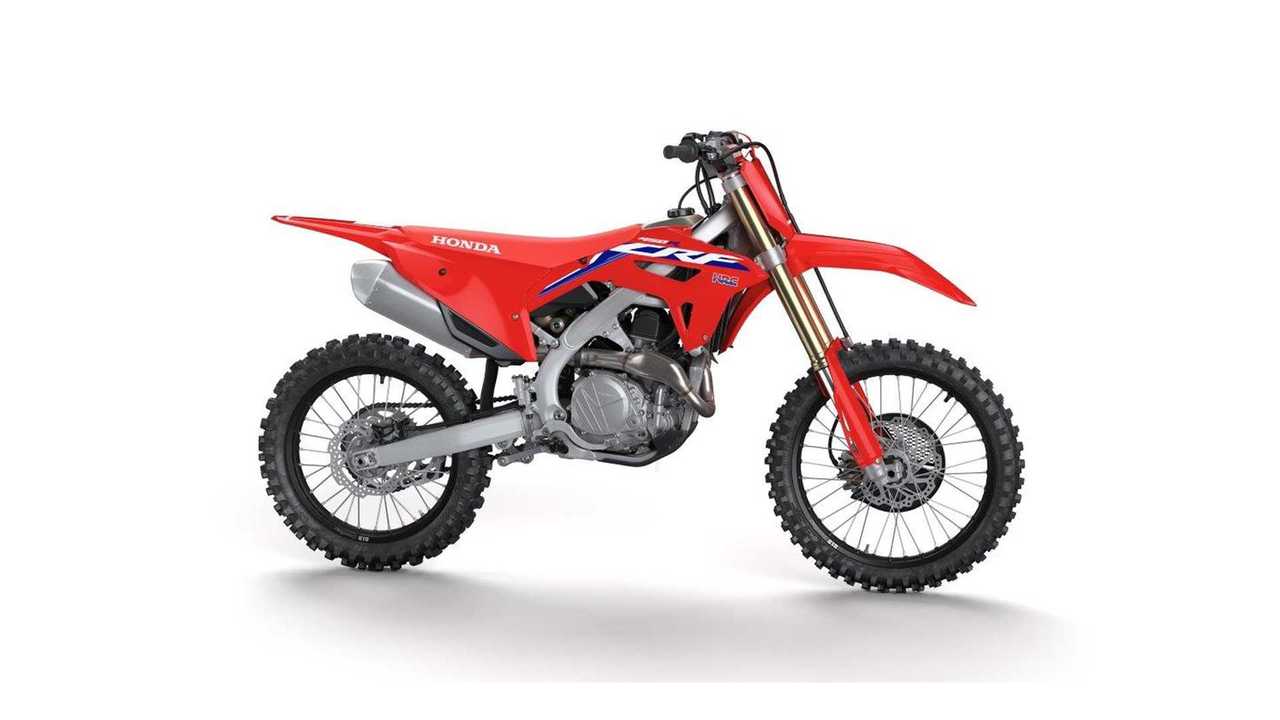 Honda’s new CRF450R motocrosser is badder than ever. With a new frame and swingarm, refined intake/exhaust systems, small tweaks to the engine, and updated plastics, the latest iteration of Team Red’s big bore motocross bike is ready to rock. Honda’s changes also apply to the CRF450RX cross-country bike, and the CRF450WR “Works Edition” factory race replica.

Honda made significant changes to the CRF450R’s chassis for 2021, starting with a new twin-spar aluminum frame, re-designed for lateral rigidity and more ground clearance. There’s a new swingarm for 2021, too. Put it all together, and the chassis is 3.4 pounds lighter, and Honda says the 450 has improved cornering, stability, and rear traction, which should be particularly noticeable on corner exits. Rake and trail are tighter, and Honda re-valved the suspension to match the chassis upgrades.

As spy pics indicated, the CRF450R gets a new exhaust and intake system for 2021, too. Honda ditched the previous twin-muffler design, and went back to a more sensible, compact single-muffler system.The throttle body was redesigned and Honda engineers added a smaller fuel pump. The airbox volume is way up, from 1.8 liters to 4.1 liters on the “clean” side, and that’s supposed to make a very noticeable difference in the output. Honda says the 450 now makes more low- to mid-range power.

According to the press release, Honda didn’t really change the 450’s liquid-cooled, Unicam thumper very much. There’s a new magnesium cylinder head, and a dual exhaust port setup. The decompression system was revised, too. The Honda Selectable Torque Control system (aka “traction control) is unchanged, but Honda says the engine’s riding mode system is updated. The hydraulic clutch is new, with a lighter pull and better lever feel. A mapping update means Smooth Mode now has “gentler throttle response for novice riders.” Overall, Honda seems to be more concerned with the bike’s dynamics for 2021, rather than its powerplant—it's been overhauled, but most of the changes are minor.

The new frame means the 450 is more compact overall; Honda re-designed the titanium fuel tank, seat and bodywork to match the updated chassis. There’s a one-piece radiator shroud now, and updated side shrouds mean you can access the airbox by only removing one bolt.

The price tag for all this? The U.S. MSRP is $9,599, with September availability.

Honda also announced two other models with the same basic upgrades. The CRF450RWE—aka the Works Edition—gets the chassis and motor updates, as well as “a long list of elite-level updates based on the machines in the Team Honda HRC factory race shop.” What, exactly, are those updates? Honda says “the CRF450RWE now comes standard with a Hinson clutch basket and cover, as well as a Twin Air air filter,” but surely there’s lots of other trick parts Honda isn’t listing here, as the Works Edition has a $12,380 MSRP.

The CRF450RX also gets the same basic revisions as the CRF450R. Since this bike is aimed at closed-course, cross-country racing, it has an 18-inch rear wheel and aluminum sidestand, larger fuel tank, and standard handguards. The ECU is also re-tuned, for off-road riding. The CRF450RX has a $9,899 MSRP for 2021.