Just What Do Honda X-ADV 750 Owners See In That Bike?

This guy did his best to figure it out.

Here in the U.S., we’re used to missing out on cool bikes that other countries get. Now, that’s not to say that we like it, necessarily, but we’ve grown accustomed to it because it’s the sad reality of our geography. Still, it’s both fun and frustrating to see exactly what we’re missing out on, and that other countries get to enjoy while we look on enviously with our noses pressed up against the glass.

We’ve talked before about the Honda X-ADV 750, and how it knocked the BMW R 1200 GS from the top of Europe’s sales charts in 2018. Even though it feels like it’s been about twenty years since 2018, in reality, only two years have passed. The U.S. still doesn’t get the X-ADV 750, although we’ll be getting its not at all comparable younger sibling, the ADV 150, as a 2021 model.

Off The Beaten Track: 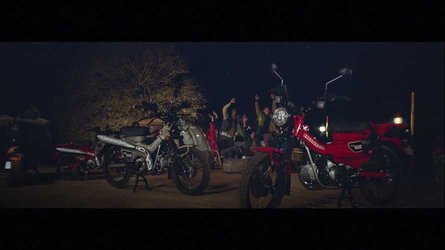 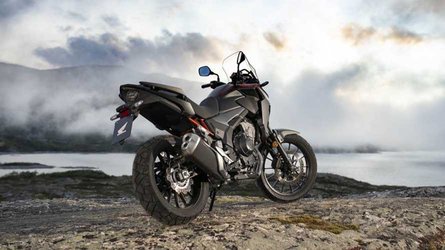 Now, UK YouTuber MotoBob took the time to get to grips with why the X-ADV 750 is as popular as it is. When we’re talking random bike chatter here at Ride Apart, we frequently make observations like “weird Honda is best Honda.” You can also insert your favorite OEM of choice in place of the ‘Honda’ in that sentence, because it’s pretty much true across the board. The lot of us don’t agree on everything, but we are fairly consistent in our collective belief that OEMs are at their worst when they’re playing it too safe.

As MotoBob observed, the X-ADV 750 is a bit weird, because it isn’t quite a scooter and it isn’t quite a motorcycle. It’s based on the NC 750, and uses a DCT, but it also has floorboards. Nice touches like a keyless ignition and scooter-like storage space make it rather practical for commuting and running everyday errands. Bear in mind that it also weighs 238 kilograms, or 524.7 pounds, according to Honda UK. That is still a bit lighter in weight than the Suzuki Burgman 650, which weighs 281 kg, or 619 pounds, and truly puts the ‘maxi’ in ‘maxi-scooter.’

So, why do people like it? Bob joined a bunch of X-ADV 750 owner groups around the globe to try to figure that out, as well as riding the thing himself. A lot of his observations are things you could say about most maxi scooters, and I say that as someone who’s owned a Burgman 400 for about 15 years. The X-ADV 750 is apparently practical, easy to get on and off, you can haul a reasonable amount of everyday stuff with it, you can comfortably take a passenger, it offers decent wind protection, and you can stow a helmet under the seat with ease. In my Burgie’s case, I can stow two full-face helmets because I have a pre-2007 Burgie 400; the 2007 redesign slightly shrunk under-seat storage space, although the styling is much better. Who’s counting, though?

He answered another question in a follow-up video to this one, as well: How well does the X-ADV do at off-roading? To test it, he took it down a gravelly green lane somewhere in England, not on a Dakar-esque run. For those unfamiliar with that terminology, ‘green lanes’ are basically just unpaved roads, and there’s a wide network of them across England and Wales. We have plenty of comparable riding in the U.S.; it’s simply another instance of two riding cultures separated by a common language. Anyway, I digress.

To Bob’s way of thinking, buyers of X-ADVs aren’t going to want to take their bikes up mountain passes to challenge their off-roading ability. For one, it’s incredibly difficult to stand up in the saddle with those floorboards. Aftermarket footpegs that are more suited to off-road riding are available from a few manufacturers, and the ones that Honda sells in its official stores are made for Big Red by none other than Rizoma. However, he and his buddy who took the X-ADV out for its various abilities tests both acknowledged that they don’t regularly ride off-road, and in fact hadn’t done it in a while. It’s possible, then, that more experienced off-road riders might feel differently about its abilities.

One place it does fare reasonably well is fording flooded waterways. Whether you do off-road or urban riding, unless you live somewhere spectacularly dry, you’ve probably encountered such a situation at least once in your riding life. MSF courses would tell you to find another way around, and not ride through standing water. I’d never feel comfortable attempting that with either my Burgie or my Hawk, for sure. Neither of them is made for that, and I know and respect that fact.

The X-ADV, on the other hand, seemed to mostly do fine. Bob’s riding buddy experienced a slight engine bogging sensation and also managed to get water to splash in through his helmet, but he did make it through. He chalked this up to his comparatively heavier rider weight, so clearly individual rider mileage may vary.

Its nearest competition are things like the aforementioned Suzuki Burgman 650, or the BMW C 650 GT. The Burgman 650 is no longer sold new in the UK, but the C 650 GT starts at a cool £10,670, or US $13,409. Do either of those boast even the teeniest bit of off-road potential, though? Doubtful, and certainly not on stock tires, for either of those. Also, I’m here to tell you that fiddling with mangled plastic scooter bodywork is the worst part of maxi-scooter ownership, so the X-ADV looks like a clear winner here from that standpoint alone. Despite the fact that I’d look just about as ridiculous as I probably would riding a chocobo, I would not hesitate to try an X-ADV 750 if I had a stepstool handy. Also, you know, if we actually got them in the U.S.