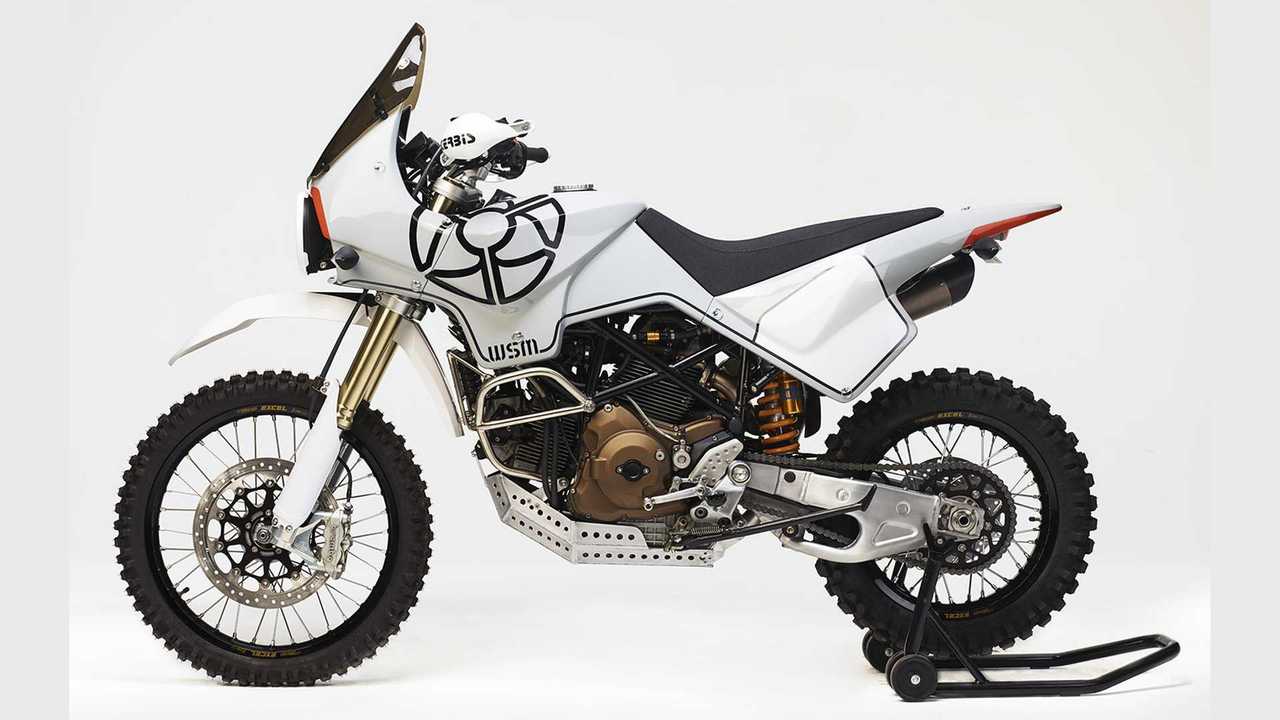 A thing of beauty.

Edit: Some readers pointed out that the custom has been around for a while, so we edited the story accordingly. -SG

With eight Ducati Scrambler 800 and 1100 versions available, there’s bound to be a flavor for almost everyone. While most of these different versions are all pretty similar—a fresh coat of paint and a new set of suspension is about as far as it goes—Ducati designer Jérémy Faraud brought a fresh new Scrambler idea to the table. See, the model is a proven trail tracker and designer Faraud—the same guy who designed the Streetfighter—took the model’s off-road capability to new heights with the Desert X Concept introduced at EICMA 2019.

As cool as the concept looked, Ducati never confirmed (or denied) that it would eventually make it into production. While we wait to see whether a production version of the Desert X will eventually launch, you can get your hands on a Scrambler 1100 modified to look like an enduro—almost like a Desert X!—thanks to the customization work of Walt Siegl Motorcycles (WSM).

WSM Designs In All Their Glory:

The entry-level Scrambler already has a lot going for it. The L-twin is a firecracker of an engine and the bike is seriously versatile. Now imagine what happens when one of those bad boys gets in the hands of master customizer Walt Siegl. Magic, I tell you. To be fair, yours truly is a little partial to this custom design considering her affinities for adventure motorcycles (read: complete sucker) so don’t mind if she gushes a little bit.

Building on all the good stuff the Scrambler 1100 already has to offer, the WSM Adventure adds some serious adventure chops wrapped up in a late 80s rally-inspired look. The enduro fairing is made of Kevlar mounted to a first-generation Hypermotard chassis. This set up significantly drops the bike’s weight to 350 pounds. For comparison, a 2020 Scrambler 1100 Pro weighs 417 pounds.

The designer added a secondary fuel tank integrated to the subframe which for a total fuel capacity of 6.5 gallons. 6.5 gallons.

“There are two aluminum fuel cells: one underneath the tank shell, and one within the subframe,” wrote Walt on the website. “The two units are connected with a quick disconnect line that is large enough to drain into each other quickly when you fill-up the tank. The rear fuel cell, of course, also runs a breather line. I wanted to make sure that bike can carry enough fuel so that it can be used as a true rally bike.”

The Adventure is mounted on a Marzocchi fork and an Öhlins shock. Stopping power is brought to you by Brembo and the factory wheels were replaced by a set of 19 and 17-inch wire-spoke circles, wrapped in 70/30 on/off-road tires.The kit is completed with heated handgrips, a GPS that includes 14,000 miles of trail already mapped, as well as an optional pannier system. According to the WSM website, customers can also choose their preferred paint color and upholstery, and customize their bike’s geometry and suspension.

The best part about this build is that you can own one—this isn’t a special order or a one-of nobody else will ever get to enjoy. WSM can turn your Scrambler into this beauty. If the Adventure isn’t for you, you have access to a nice little catalog of customization opportunities that will turn your boring-looking Ducati (cue the sarcasm) into a work of art. Considering the amount of work that goes into a single build and the fact that pricing isn’t disclosed (like in high-end boutiques), we can expect the custom to cost a pretty penny. But then you get a bike that looks like this and it makes it all worth it.