We all have work to do together.

There are loads of amazing parts to this shared moto love we have, but one of the best is the people. How many times have you been out riding and waved at someone else on a bike, and had them wave back? You don’t have to know each other; all you have to know in that moment is that you both love bikes, and that’s enough. That’s enough to get you to wave, smile, and feel a little better about your day. When you hop off your bike somewhere and have those completely random conversations with other riders, that’s another incredibly special thing. Sometimes they go unexpectedly deep, and all that time, you may not even get the other rider’s name. It’s a kind of magic, almost.

Do What You Can: 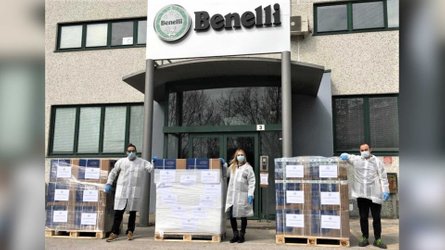 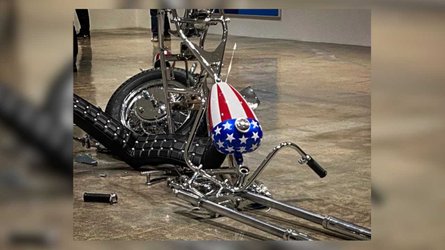 The thing about motorcyclists is, we’re everywhere. We’re in every profession, with every kind of lifestyle, every kind of racial, cultural, and religious background, and every other combination of things going on in our lives. Motorcycles are a powerful force for bringing all kinds of people together instead of driving us apart. That, friends, is exactly what the new nonprofit Action Jonze is counting on. BIPOC (Black, Indigenous, and people of color) riders have been in motorcycling long before that acronym was a thing, and we’re here in greater numbers than ever before. (Incidentally, if you think that BIPOC women riders haven’t been part of this rich history along the way, I’m pretty sure the ghost of Bessie Stringfield, a.k.a. the Motorcycle Queen of Miami, would like a word.)

So, what is Action Jonze? Co-founder Lance Jones, who's one of three co-founders alongside Margaret Santiago and Tara Harder, took the time to talk with me about it. It’s a multi-phase project. To start, Jones and some friends are hopping on their motorcycles and riding to each of the lower 48 United States. Along the way, they’re planning to hook up with local motorcycling communities to talk about our issues, as well as our shared humanity. How we get together, despite our differences, and move forward. If we all love motorcycles, and we can all sit down and have a conversation just because of that simple fact, then why can’t we have a dialogue about other stuff that matters? Not speechifying, not grandstanding, not spouting sound clips; an actual honest discussion.

The whole motorcycle trip, Jones says, should take about a year to complete. Along the way, Jones and his crew plan to highlight individual people (probably many of whom will be fellow riders) who are making positive changes in their communities. If you’re thinking this sounds a bit Long Way Round, you’re not wrong. That project was definitely an influence, except the Action Jonze ride for change aims to build a network of passionate, active motorcyclists and others in communities who are dedicated to making the world a better place. Motorcycling is for everyone, and if you’re down with that idea, Jones hopes that you’ll get involved.

The project won’t end when the trip is done, though. There’s also an app in the works, to connect people who have all that passion with resources. From educational tools, like learning how bills become laws and how local legislative bodies work, to registering to vote and finding local polling places. There are other organizations that have done this last part before, but so far, no one has tied it to unifying and mobilizing motorcyclists like this.

The seeds for this project have been growing throughout Jones’ life. If you’re Black, or you’re another BIPOC person, or you know people who are, his story is all too familiar. From his dad having a talk with teenage-him about how he couldn’t go for a run outside with his shirt off because someone might call the police, to the compounded heaps of racist jokes and emails in the workplace that he was expected to take and keep smiling, to getting pulled over, arrested, and beaten by police for doing nothing wrong other than apparently having dark skin. If racism bingo was a thing, he’d have a full card. The even sadder part is that his stories aren’t outliers, and the same things are happening to someone else right now.

Family stories, pain passed down through generations, and Jones’ lifetime of experiences helped shape this idea. Then, George Floyd’s killing kicked it all up into high gear, and Jones knew that now was the time to act. The important thing we all have to remember is, everything is local to SOMEONE. George Floyd was a father, a son, a friend, a lover, a human in a community. He wasn’t, as far as we know, a motorcyclist, but he could have been. That’s the thing. When you’re able to have a discussion, you’re better able to appreciate all of our shared humanity, and when you reach that point, you can see how issues of racism and inequality directly affect both motorcyclists and society-at-large.

Photo by @film_god , aka Q. Oliver

If you’re uncomfortable reading this, good. It should make us all uncomfortable. I can guarantee you that if you’re a white person, every non-white person you know can tell you similar stories. (If you’re a BIPOC, you already know, because you have your own cache of these stories.) Will your friends necessarily tell you those stories? Maybe, if they trust you, and if they feel like talking about it. It’s frustrating, and it’s hard, and it’s unfair, and we collectively need to change it, both inside of motorcycling and out in the broader world we all live in.

Action Jonze’s point is that it’s not someone else’s job; it’s all of ours. If you want to get involved, follow actionjonze on Instagram for the latest.