What Is Yamaha Planning With This Leaning Trike Patent? 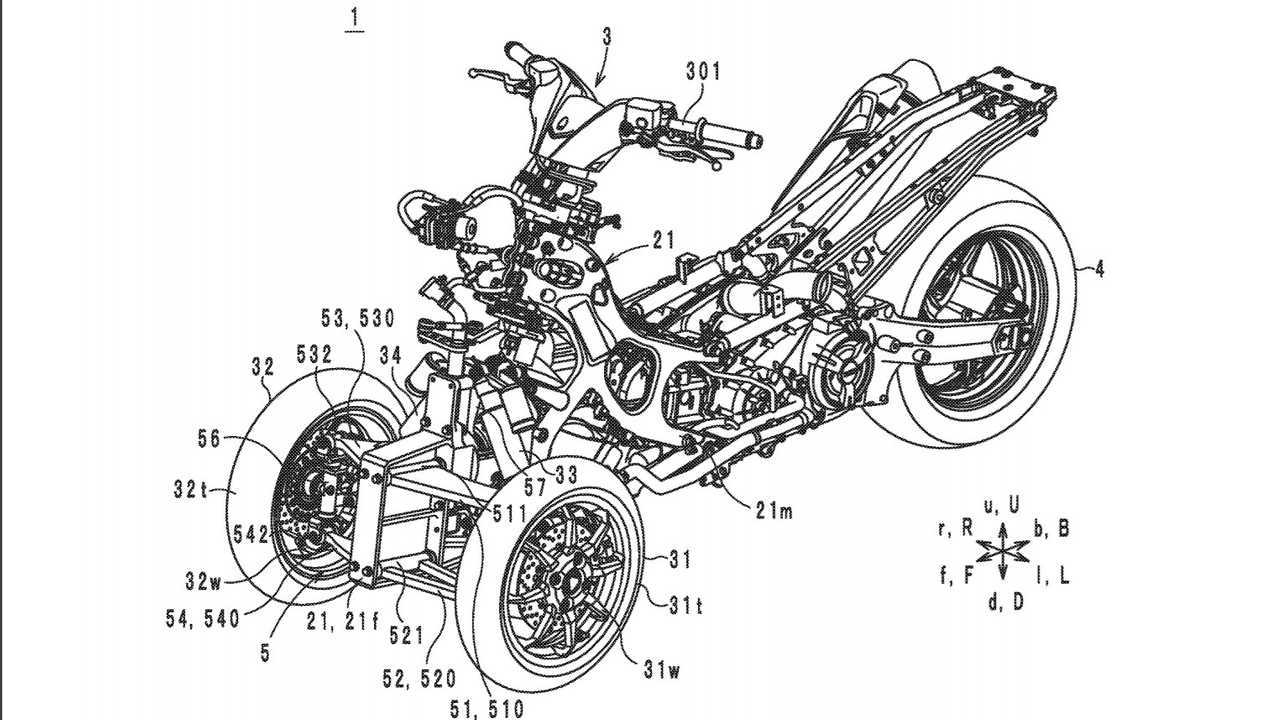 While Yamaha Motor Europe’s Paolo Pavesio advised in May 2020 that we shouldn’t expect a tuning fork-tinged answer to Honda’s X-ADV any time soon, that doesn’t mean Team Blue is just sitting back and doing nothing. No, indeed. After unveiling its significant TMAX 562cc upgrade ahead of EICMA 2019, you could be forgiven for thinking the factory might rest for a minute.

Just a month later, in December 2019, it turns out that Yamaha was already iterating on its spanking new TMAX design. You see, that’s when it filed a patent for a leaning multi-wheeled vehicle sporting that shiny new TMAX lump inside. Even if you think you know what Yamaha has up its sleeve with regard to leaning multi-wheel vehicles, this one’s a bit different.

Instead of relying on the same system used in the Niken GT and Tricity scooter lines, this new leaning trike of a scooter uses a double wishbone front suspension for those left and right wheels. As Cycle World pointed out, that particular suspension setup has been gestating for a long time, having initially been developed by Norwegian firm Brudeli Tech around 15 years ago. Yamaha bought the rights to use it, and now Yamaha is exercising those rights with this updated LMW scooter design.

The TMAX scooter has been and remains immensely popular in Europe. Unfortunately, despite its sportier nature as compared to its maxi-scooter counterparts, it simply didn’t do well enough to justify keeping it in the U.S. lineup. That said, it’s probably zero surprise that the U.S. also hasn’t seen any version of the Tricity touch down here, either. It seems that if the U.S. pays attention to scooters en masse, they’re usually smaller, cuter, and far less practical than any of the maxi-scoots that have existed so far.

However, it's also worth noting that this is a U.S. Patent and Trademark Office filing. While that fact alone doesn’t guarantee that Yamaha has definite plans to release a TMAX-based trike in the U.S., it’s also certainly no indication that won’t happen.

Maybe Yamaha isn’t viewing this as a competitor against other maxi-scooters on the market, but rather against something like the Can-Am Ryker. If you’ll recall, the latter vehicle is a twist n’ go three-wheeler that comes with your choice of either a Rotax 600cc or 900cc engine. At a cursory glance, it seems like this as-yet-to-be-named Yamaha leaning scootrike might make for some reasonable competition against the 600cc version.