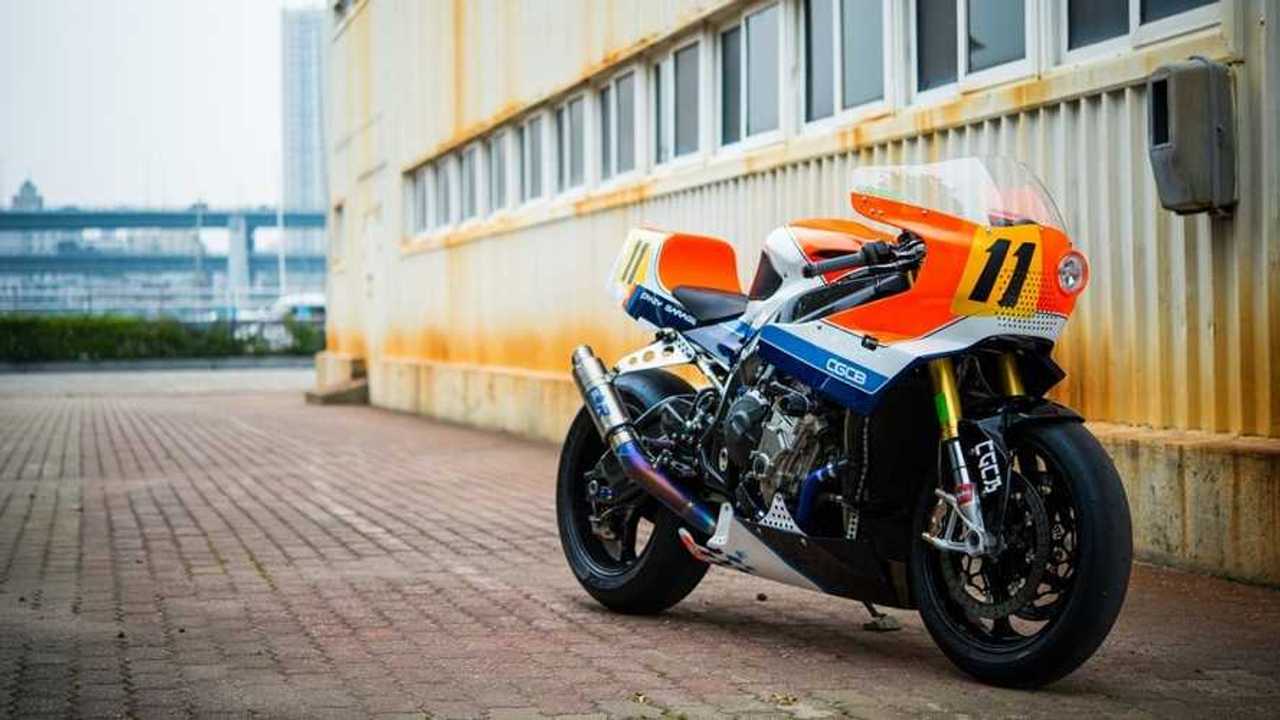 Today’s modern sportbikes are worlds apart from today’s modern-classics. Even the sub-200 horsepower supersports far outpace retro-styled bikes like Yamaha's XSR900 and Kawasaki's Z900RS. For consumers, the choice is simple: a vintage aesthetic without top-specs or high performance without classic design. You can’t have both.

Apparently, South Korea’s Crazy Garage never got that memo. At the request of a client with a track day habit and soft spot for ‘80s sportbikes, the Busan-based custom shop found a way to fuse modern-day performance with nostalgic styling. Starting with a 2017 BMW S 1000 RR, shop-runner Chi-hyun Kim turned the 199-horsepower supersport into the Retro Racer #11.

Jump On The New Wave:

As a track rat, the customer’s S 1000 RR already boasted a slew of aftermarket goodies. From forged wheels with an upgraded Brembo braking system to a Rapid Bike control unit and full Bitubo suspension, the Beemer didn’t need much help in the performance department. With the bike’s operation in order, Crazy Garage focused on taking the S 1000’s styling back to the ‘80s.

Kim started by creating panels out of fiber-reinforced polymer and fitting special brackets to mount the new bodywork. The rounded and perforated front fairing not only reshaped the face of the S 1000 RR, but ditched its polarizing asymmetrical headlights for an off-set single unit. Of course, an ‘80s-inspired sportbike wouldn’t be complete without a chunky tail section and Crazy Garage delivered in spades.

The biggest challenge of the retrofit was repositioning the stock radiator to fit the new body panels. Once Kim rearranged the components and bolted on the fairings, he went with a period-correct paint job with a white base and complementary blue/orange accents. The number 11 race plate not only calls back to the project’s name but it pops off the rest of the livery on a yellow background.

Speaking to BikeBound about Crazy Garage, Kim said, “The concept of the shop is mainly that of making bikes that can be enjoyed on the race circuit or winding roads.”

Now Kim and the Crazy Garage team can add making bikes that can be enjoyed by the eyes to that statement too.