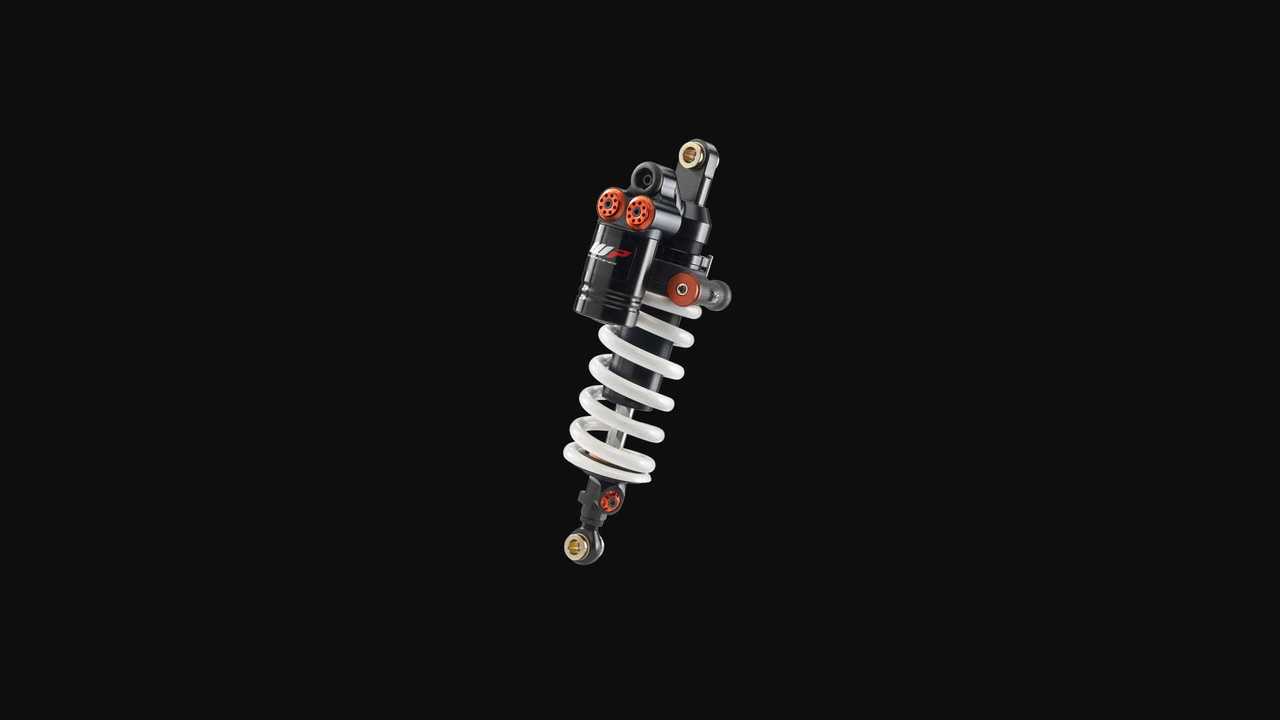 The race-bred fork cartridge, shock, and steering damper will help put power to the ground.

The 890 Duke R and 1290 Super Duke R are KTM’s two fastest naked bikes. They also come with good suspension to help you manage all the power on tap. What if you want to upgrade your suspension, from “good” to “great”, though? For the customer who wants the absolute best of everything, the suspension gurus at WP just announced new fork and shock upgrades for the 890 and 1290, and a new steering damper for the 1290.

The Apex Pro 7746 shock is designed to replace the existing shock on both the 890 and 1290 Duke models. Designed with input from “racing title holders,” it uses modern suspension design features, with big-valve internals (46mm piston and 18 mm piston rod, for optimal oil circulations). This shock has separate high-speed and low-speed compression settings, and there’s a large nitrogen reservoir for constant damping performance. It also has an internal rebound spring, providing more stability under braking. It’s also fully-adjustable using standard tools, a nice feature for those of us without a whole toolbox of specialty suspension tools.

The Apex Pro 7500 cartridge is drop-in replacement for the existing fork internals on the 890 and 1290 Duke models. The outer fork tubes remain the same, only the internal parts change. WP says these upgraded internals are much lighter than stock parts, providing a “no compromise,” handling upgrade. This fork cartridge was originally designed for racing use, and has a high range of adjustability. It’s a closed cartridge system, and like the Apex Pro shock, is designed to be adjusted with standard tools.

Then, there’s the new WP Apex Pro 7117 steering damper. This is designed to fit the KTM 1290 Super Duke R; it won’t bolt onto the 890. It does what you expect a steering damper to do—it smooths out the front end, reducing steering kickbacks under acceleration—and has 30 clicks of adjustment range.

WP’s press release doesn’t list pricing for the new suspension components. They won’t be cheap, though, and some buyers might wonder why they should spring for the add-ons after spending big bucks on their bikes already. The answer is, these probably aren’t something your average rider will see much benefit from, especially on public streets. However, if you’re taking your Duke to the track, WP’s marketing copy says it best: “The suspension ensures that the engine power goes where it belongs—on the road.”