Livia Cevolini likes to get things done first, then talk about them later.

Being on lockdown is affecting both big and small motorcycle companies alike in different ways. In this virtual interview, Formula One champ Nico Rosberg talks to Energica CEO Livia Cevolini about how the company is working in these unprecedented times, among other things.

Both Rosberg and Cevolini are working from home, as are so many of us. Very relatably, Rosberg had to lock himself in his cellar with his laptop to have a quiet place to interview. Likewise, Cevolini said she’d locked her baby, dog, and the baby’s father in a separate room so she could have a quiet place to talk. 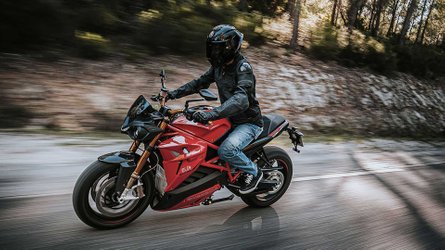 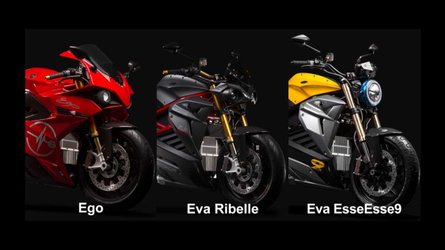 If you’re a small company with a full order book, that presents additional challenges, Cevolini explained. On the one hand, you’re happy that your bikes are going over so well, and it doesn’t hurt that everyone is going through this pandemic at once. So. at least theoretically, your customers should understand that there will be some unavoidable delays due to shutdowns and various supply line hiccups in getting your bike to you. Still, it’s difficult because you want to get these bikes built and on their way home with their new owners.

Rosberg also asked Cevolini how she felt about being called ‘the female Elon Musk.’. She neatly deflected and said that what she thinks Energica and Tesla has in common, more than anything, is their passion for electric vehicles. Nicely played.

She also talked about an Energica move that hasn’t been highly publicized. Located in Modena, Energica is right in the middle of one of the worst-hit areas since this pandemic started. Like other makers across industries, the company has started to make parts for ventilators to try to help with much-needed equipment supply for medical professionals.

Unlike some others, you won’t find a bunch of PR about this move yet because, Cevolini said, testing to make sure the equipment works properly is the most important thing of all. She said she might talk more about it at a later date, and added that even if you can only do one good thing, it’s important for everyone to do what we can do to help each other.

That right there is what sets Energica apart, and that mentality is likely part of the reason why the company has been able to do so much so quickly. As Cevolini also mentioned in the interview, she feels that they’re uniquely equipped to weather this storm because the company was born during the downturn of 2008-2009. Obviously, what the world is experiencing now is much more serious, but that recession wasn’t a walk in the park for anyone, either.

Cevolini, her partner, and many Energica workers have been working from home and finding new ways to collaborate during this time. What’s important is that the passion to make these bikes runs through the company, so the team has concentrated on doing what it can with what it has. When work resumes at the factory in a socially distanced and protected manner, it’ll be like they never left, because they never left it in their hearts.