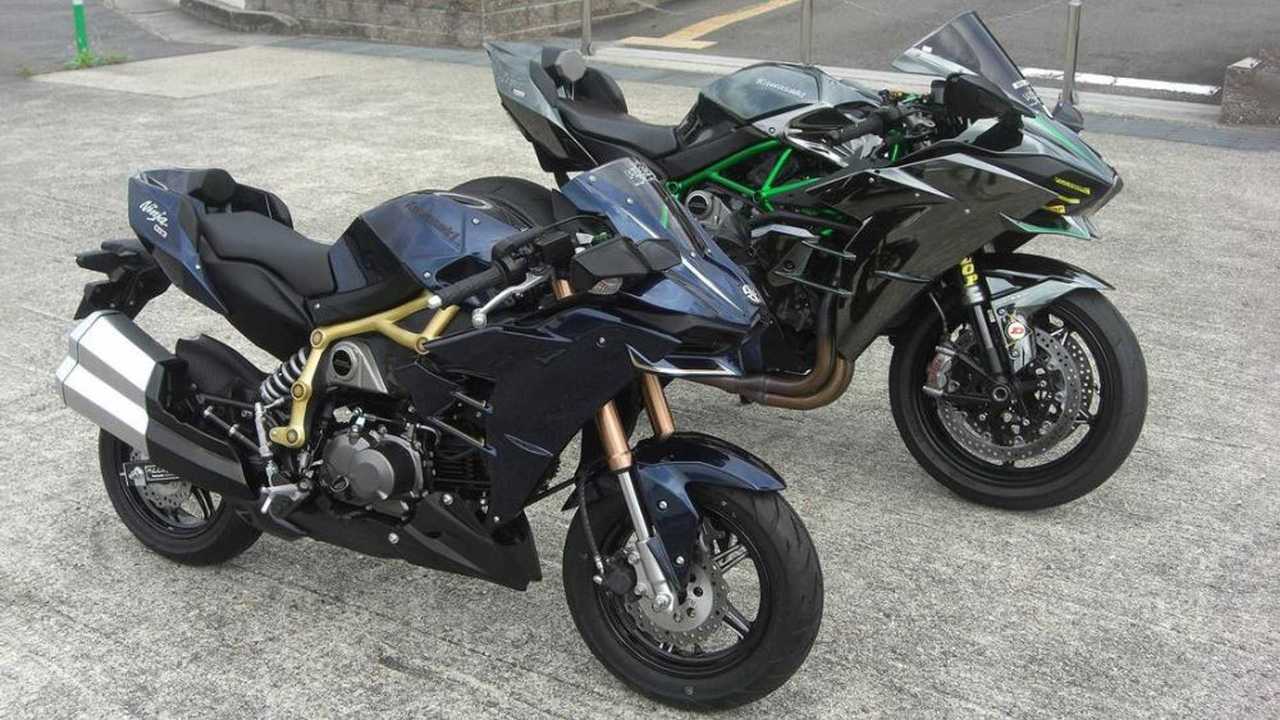 What an adorable little monster.

The Kawasaki Ninja H2 is the epitome of motorcycle excess. Do you need a supercharger on a 998cc inline-four? Can anyone use all 210 horsepower on the streets? Most importantly, how many can afford the $29,000 MSRP? For riders without large pocketbooks or extensive race resumes, the Ninja H2 is an unattainable beast.

While most motorcyclists won't ever wrangle an H2, many are confident manhandling a 125cc bike. To bring the H2 to the masses, a Japanese Kawasaki dealership turned a Z125 Pro into a mini-monstrosity with a one-of-a-kind kit. The aptly named h2 project takes on the form of the souped-up superbike while retraining the tractable characteristics of a mini-bike.

Based in Nisshin, Aichi Prefecture, Pleasure MC developed the kit with over 40 custom-made fiberglass parts. Using a customer’s Ninja H2 as guidance, builders at Pleasure MC reproduced the styling of the flagship sportbike with stunning detail.  From the angular fairings to the contrasting trellis frame to the distinct three-piece seat cowl, the h2 captures the most iconic features of the supercharged Ninja in a smaller package.

Pleasure MC even created a set of dummy exhaust cans and supercharger to complete the Z125 Pro’s H2 aesthetic. Of course, clip-ons replaced the standard handlebar and the mirrors reflect the low-profile units found on the flagship Ninja. The paint scheme even mimics its bigger cousin’s livery with a dark base and a bright accent highlighting the truss frame.

Despite its new clothes, the Z125 h2 doesn’t benefit from a performance boost. The 125cc SOHC air-cooled single still pumps out 9 horsepower and 7 lb-ft of torque. Yes, the Kawi mini-bike harnesses less than five percent of the Ninja H2’s power, but it looks just as fast as the superbike at standstill.

Though Pleasure MC’s h2 kit will fit a standard Z125 Pro, customers can’t purchase it as a single item. Buyers will need to order the custom fairing set as a new model add-on. Paint options are also available to ensure you’re never mistaken for any other Z125 Pro zooming around in Ninja H2 plastics—though odds are low.

If you’re looking for more aggressive styling and ergonomics on your future mini-bike, the h2 kit might be for you. Whether you can afford the Ninja H2’s price tag or handle the supercharged performance, you now have an alternative to all the excess.