Is there ever a bad time to theme your custom Suzuki Katana build after Mobile Suit Gundam? Probably not, although Gundam’s official 40th anniversary took place in 2019. Still, without a shiny new 2020 Katana, Icon Motosports couldn’t have launched its Yoshiyuki Tomino-inspired creation, which it dubbed Brand New Jack.

All told, the team had just 30 days to build the thing. According to Icon, the entire team decided early on that late-70s/early-80s-era mechs in general, and Gundam in particular, and were their jumping-off point. Sure, the OG Gundam doesn’t take place until 2079, but you can’t just climb inside this Katana and head off to fight other giant robots, so it’s all good. 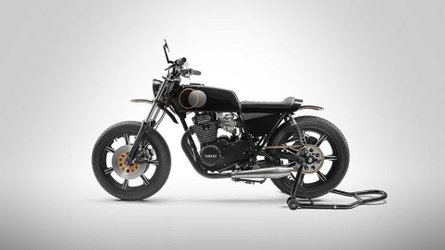 This Custom Yamaha XS360 Looks Like A Factory Fresh Beauty
⠀ 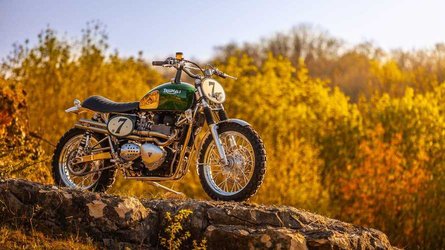 This Custom Triumph Is All Modern McQueen, All The Time

Incidentally, just as the original Gundam inspired sequels, Brand New Jack is a sequel in and of itself. A few years back, the team took an OG 1982 Katana and built its original New Jack. Did it swing? Possibly, but more importantly, that bike also soared. To the Icon team’s mind, the Katana “has always been a starship,” and while the team didn’t yet have their mind on their mecha and their mecha on their mind for New Jack, they did their best to make the build intergalactically awesome.

Back in the day, Tomino cited the mechanical exoskeleton suits out of Robert Heinlein’s Starship Troopers as a primary influence for his mech designs for Gundam. While Gundam wasn’t the first mecha series to ever exist, it’s arguably one of the most influential, and keeps inspiring all kinds of creators and makers to this day. It’s interesting to watch the echoes of influence bounce around and change direction over time. Happy birthday, Brand New Jack, and happy 41st birthday, Gundam!