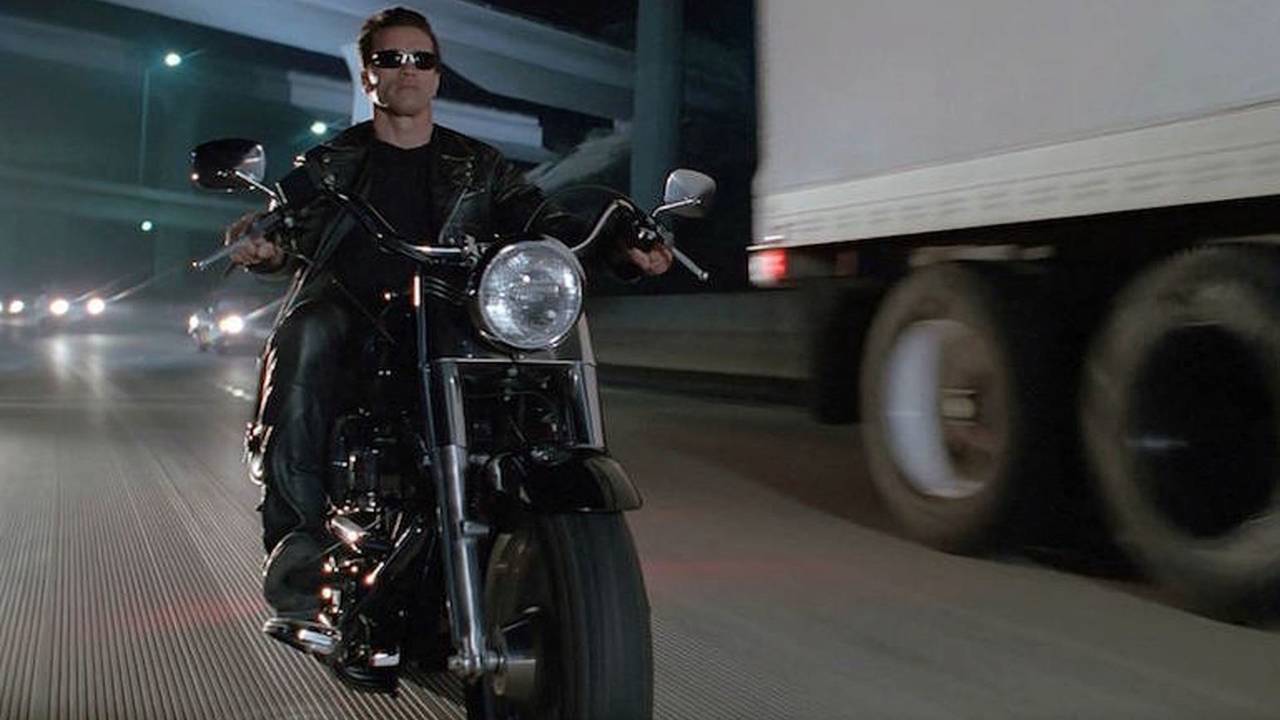 It may be cliché, but it’s still bad to the bone.

Unlike most of my new colleagues here at RideApart, I’ve always been more of a cruiser guy. Ever since I took my first ride on the back of my dad’s old 1979 CB750F, I’ve loved Hondas. I currently own three bikes, all of them Hondas, including dad’s old 750.

I don’t have anything against Harleys, although I have learned to trash talk with the best of them. That’s mostly in self-defense when someone badmouths my ride at Sturgis, though. I just prefer my brand, is that so bad? Still, there are a couple of Harleys I wouldn’t mind having.

Since the assignment of this article is to write about attainable bikes, I’ll leave out the ones that, while they can be had, are way out of my price range. A classic Harley that’s not out of my price range I’ve always wanted is a blacked-out, early 90’s Fat Boy like the one Arnold Schwarzenegger rode in Terminator 2.

While I realize I’ll never look like Schwarzenegger in his prime—Let’s face it, even Schwarzenegger doesn’t look like he did in his prime—I can still ride like him and feel just as cool as he was when he told the biker, “I need your clothes, your boots, and your motorcycle.” Even though that Fat Boy wasn’t in the movie for very long, it was the most memorable part for me.

I realize my choice isn’t as exotic as some, and while there are other, more exotic bikes on my list, most of them are way out of my price range. For the record, the next most affordable bike on my list would be a 1950 Panhead like the one Lee Marvin’s character Chino rode in The Wild One.

Maybe if I did buy that Fat Boy, I’d stop getting teased about riding a Honda to Sturgis. Then again, I’m not sure I want to blend in with everyone else, even if I would enjoy being a fat boy on a Fat Boy.