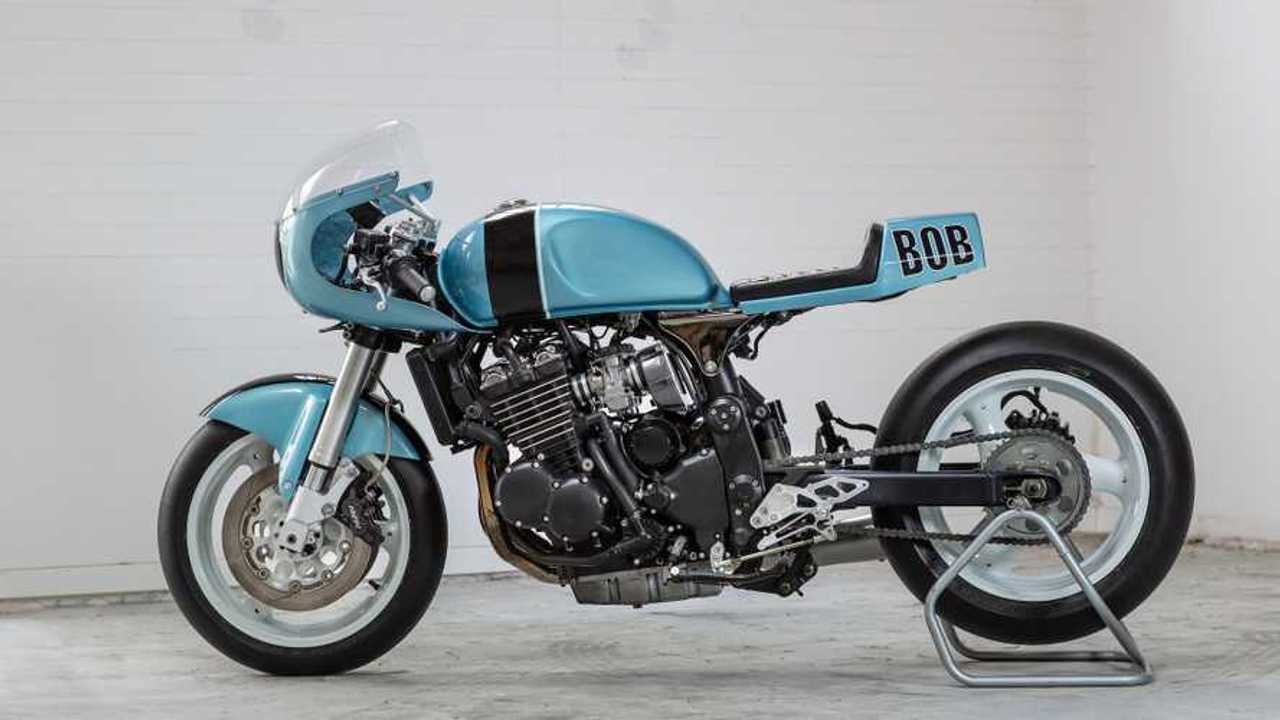 We would never have thought this was a Triumph Legend TT underneath.

Have You Seen These Customs?:

Triumph enthusiasts would know that the Triumph Legend TT was designed primarily as a cruiser, rather than a sportbike. With the Harley-Davidson Sportster as its main competitor, the Legend TT featured a relatively low powered engine with a docile power curve. Released as a less expensive variant of the Triumph Thunderbird 900, the Legend TT sports the same engine, albeit less chrome trim and accessories to lower the price.

Powered by an 886cc triple, its engine featured overhead cams, liquid cooling, unit construction, and a five-speed gearbox. This gave the bike 69 horsepower—rather friendly for an engine of this displacement. As such, Mr Martini knew that the first order of business was bumping the power up in whatever way possible. He also needed to find a way to work around the bike’s cruiser setup and make it more of a sportbike by reducing weight and drastically altering its ergonomics.

The result? Well, Mr Martini happened to have a pile of parts from a Suzuki GSX-R. So he fabricated new triple trees and mounted the Japanese sportbike’s inverted forks to the front of the Legend TT. Along with the front end, the GSX-R’s front wheel and dual disc brake setup was fitted. The GSX-R’s rear wheel and brake assembly was also fitted onto the Legend’s stock swing arm. Lastly, the Legend’s subframe was trimmed to remove the pillion seat and provide a racier aesthetic.

As far as performance is concerned, a set of three high-flow air filters and some tweaking of the carburetors improved the bikes fueling. This, paired with a new free flowing exhaust system bumped up the bike’s power to 90 horsepower, a whopping 20 horsepower increase from its stock form.

When looking at this build in its entirety, it would almost be unrecognizable as a Triumph Legend TT. In fact, one would think that this bike is a classic TT racer from the eighties. Truly the perfect marriage of form and function, this build speaks volumes about Mr Martini’s talent.