I got money on the Ducati.

Every year, motorcycle manufacturers unveil the latest and greatest machines with a flurry of promotional images and spec sheets. While there’s no arguing with brake rotor dimensions or the model’s gear ratios, reported power figures like horsepower and torque don’t always translate to real-world application. Most motorcycle brands calculate the engine’s power output at the crank, whereas motorcyclists care more about power transfer to the rear wheel. Under the auspices of Ducati Detroit and YouTuber 650ib, the all-new Ducati Panigale V2 and the 2019 Panigale V4R go head-to-head on the Dyno to see how they fare against one another and their respective spec sheets. 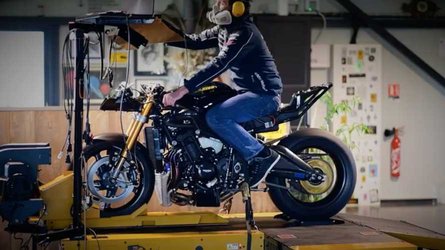 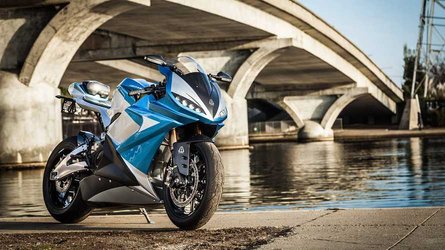 In 2019, Ducati announced a revamped Panigale lineup with the addition of the Panigale V2 nameplate and a host of additions to the V4R. With a 998cc Desmosedici Stradale V4 engine at the heart of the flagship model, Ducati reported that the bigger Panigale pumped out 221 horsepower and 93 lb-ft of torque in 2019. The smaller V2 houses a 955cc Superquadro L-twin cylinder powerplant in its monocoque aluminum frame and the Borgo firm claims that it achieves 155 horsepower and 76.7 lb-ft of torque.

As the challenger and bonafide underdog, the Panigale V2 took the rolling wheels first. After a series of pulls, the mighty L-twin nearly lived up to the Ducati’s claims by logging 146 horsepower and 74 lb-ft of torque. Once the Panigale V4 stepped to the plate, the horsepower skyrocketed to 203, though the torque figures hovered just above the V2’s performance at 78 lb-ft. In spite of the ABS Error flashing on the V4R’s TFT display, Ducati’s biggest superbike beat up on its smaller sibling with ease.

However, looking at the power charts revealed the obvious difference between the two models: two extra cylinders. While the shapes of the power and torque curves look remarkably similar for both Panigale variants, it’s almost as if Ducati engineers shrunk the image of the V4’s power curve to fit the V2’s 12,100 rev limit. The chart also illustrated the V4 blasting past the V2’s power falloff at around 11,400 rpm and continued to climb until it peaked at about 15,500 rpm.

Though none of the contestants beat their own claimed power figures, the Dyno test will definitely help some consumers make an informed purchase. If you’re looking for a torquey motor with more than enough horsepower, the V2 should be enough for you. If you have to have all the horses and don’t mind the modest increase in torque over the L-twin, the V4R is your kind of Ducati.

We’re looking forward to more Dyno tests from 650ib and Ducati Detroit, especially the 2020 Panigale V4S with an Akrapovic exhaust mentioned at the end of the video. Will it be able to live up to the 214 horsepower reported by Ducati? We’ll have to wait and see.