This is a land speed record holding machine.

The Suzuki Hayabusa is undoubtedly a motorcycle surrounded by mixed opinions. Oftentimes praised for its power and torque delivery at practically any rev range, it is equally lambasted for its heavy weight, lazy handling characteristics, and polarizing looks. Nonetheless, the fact remains that the Suzuki Hayabusa wore the crown as the world’s fastest motorcycle for a good couple of years before being dethroned by the Kawasaki ZX-14R. That, in and of itself is a feat to behold. What’s more is the cult following the bike has developed over the years. The Hayabusa has become a favorite motorcycle to use as a platform for drag racing as well as land speed records. With a 1,300cc engine, depending on the model year, the Hayabusa churns out around 170 horsepower. However, its in-line four mill proved to be far more resilient and willing to accept modifications with ease.

For All You Busa Bros: 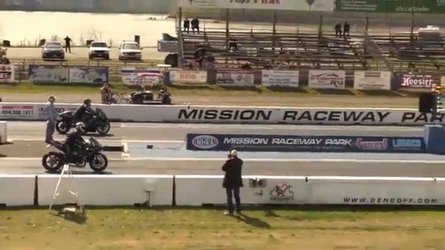 Watch This Hayabusa Repeatedly Beat An H2 At The Strip 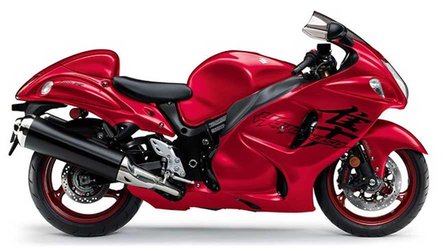 One of the more popular modifications to the Suzuki Hayabusa was the use of forced induction by way of a turbocharger. Typically, boosted Hayabusas tuned for street duty could pump out a staggering 300 horsepower. Way more power than any street motorcycle has any business churning out. Hayabusas tuned for drag racing and other motorsports applications can produce power figures exceeding 500 horsepower—extreme, even for a car. For instance, a turbocharged Hayabusa built by BDR Performance churns out a whopping 650 horsepower. Built to set land speed records, this particular bike did just that, when in 2014, it reached a whopping top speed of 261.4 miles per hour (425 kilometers per hour). Piloted by Becci Ellis, the fastest woman on a motorcycle, the bike holds its record to this day. Oh yeah, the bike is for sale.

Yes, you read that correctly. This 650 horsepower, land speed record holding, monstrosity of a motorcycle can be yours for just £30,000 or $36,810. The price, although seemingly high, is more than justifiable given the extensive modifications and impressive track record the bike boasts. For starters, the first generation 1,300cc engine has been boosted by way of a Garrett GT35 Turbocharger. A set of 1,000cc Bosch fuel injectors were also fitted further optimizing performance. A number of other upgrades to the engine, transmission, and bodywork of the bike have also been done. For more information on the bike as well as contact information on the seller, visit the ad here.