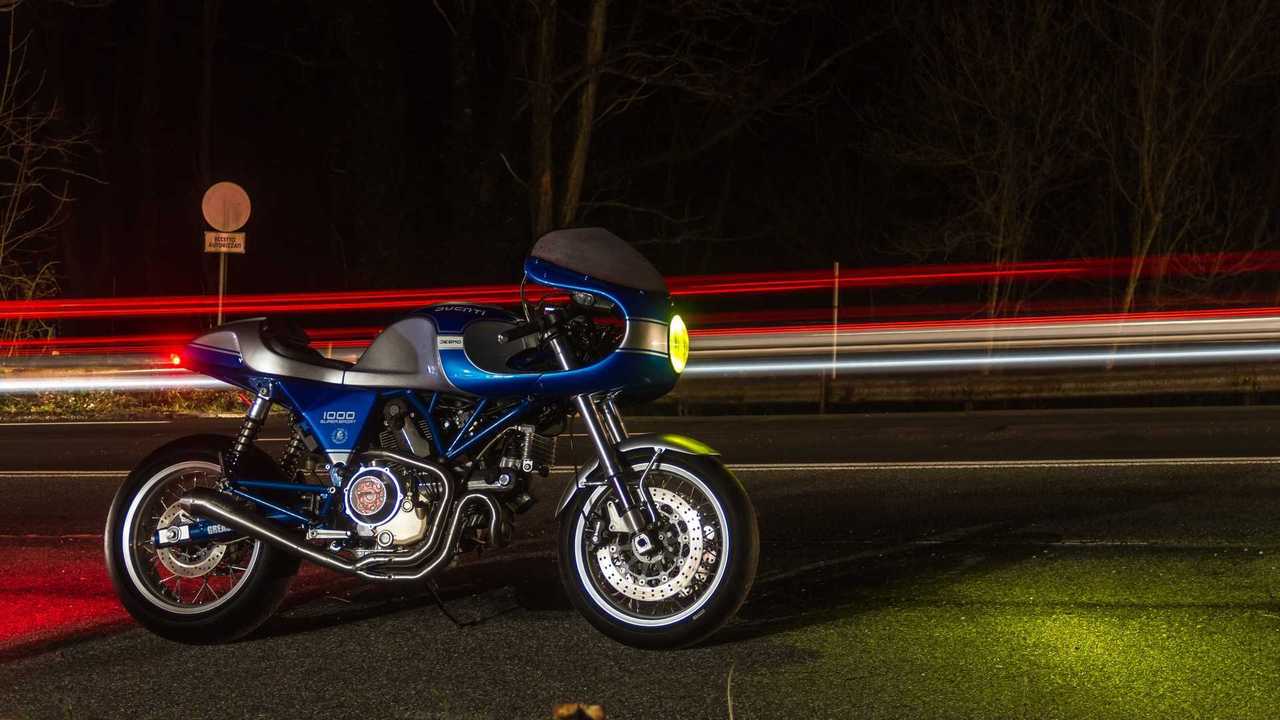 A seamless blend of custom and heritage.

For a motorcycle that boasts such rich heritage and an equally meticulous design, wouldn’t it be sacrilege to use the Ducati Sport Classic as a canvas for a custom creation? Apparently not, as this is precisely the motorcycle the guys at Greaser Garage in Genoa, Italy, used as a platform for one of their most stunning customs.

Desiring first and foremost, to differentiate their build in the sea of chopped up, heavily modified builds, the team at Greaser Garage chose to meticulously customize the Ducati Sport Classic in a way that would remain in tune with the rich culture and history the bike was built to represent. Headed by Giorgio, Elena, and Matteo, the vision for the custom Sport Classic GT1000 was taking shape.

Instead of crafting a totally new creation out of the Sport Classic, the trio set out to enhance the already stunning beauty created by Pierre Terblanche. Combining vintage style and well known Ducati performance was already the defining feature of the Sport Classic GT1000, so when the owner of this particular bike contracted the services of Greaser Garage, and requested the team to give his bike a new and refreshing look, the team decided to incorporate elements that took inspiration from Ducati tradition, as well as the Paul Smart race bike from the seventies and the MH900.

The finished product resulted in a motorcycle that retained majority of its original form and componentry, albeit receiving a touch of added modernity. Simple yet striking touches such as the yellow LED headlight seamlessly integrated into the head cowling nods to the past and turns an eye to the present. What little custom bodywork that was added was designed from paper, to clay, to actual sheet metal and moldings. A custom Mass Engineering exhaust was fitted to unleash the guttural rumble of the 992cc Desmo twin, and a dry slipper clutch from the Ducati 848 was retrofitted for a smoother ride.

Two seats were created for this bike—a single seater with the iconic tail of a cafe racer, and a two seater for rides with a pillion. Every single custom part of this motorcycle—save for the exhaust—was designed, prototyped, and handcrafted at the Greaser Garage workshop. Even the bike’s striking blue finish was meticulously formulated and painted in-house.