A Honda 1100 Twin-Powered Naked Shows Up In A Patent 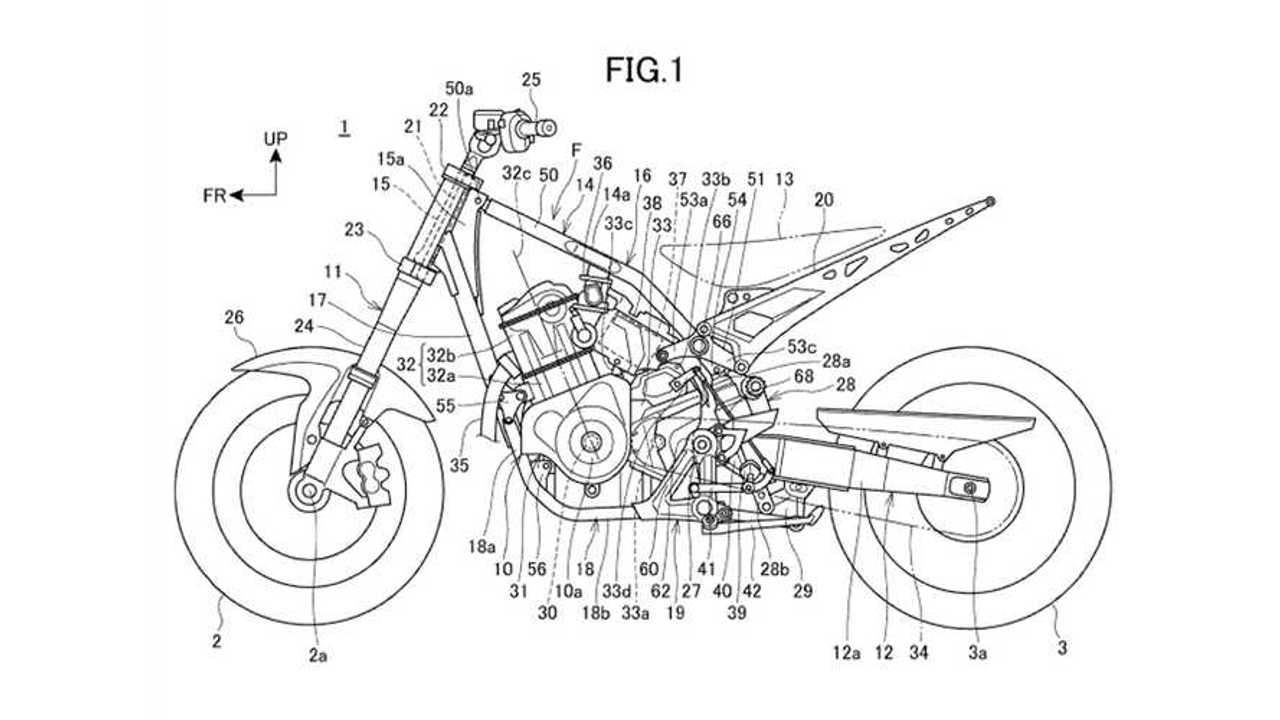 A second life for the Africa Twin's engine?

The new Honda Africa Twin was introduced in September 2019 with an upgraded engine. Since its return to the market in 2016, the model has been the only one to use the one-liter parallel-twin engine but that could be about to change.

Only a few days ago, Dustin wrote about a rumor surrounding the possible development of a large-displacement Rebel. The information was brought up by the folks over at YoungMachine, the same people who first reported on the new, upsized CRF1100L in 2019. Sure enough, six months later, a new Africa Twin was introduced. Even though the big Rebel story is just a rumor, at least for now, it seems like someone at YoungMachine has the right connections at Honda.

Now a new Honda patent just surfaced describing a stripped down model powered by what looks like the Africa’s parallel-twin engine. The designs included in the document show a double-cradle frame with a down-swept shape reminiscent of the current Rebel but with a few significant differences that give the design a more roadster-like flavor.

The most obvious difference is the subframe’s design that’s considerably different from the Rebel. It's positioned higher up on the frame and the tail points upward rather than sitting low bobber-style like on the current CMX—in a roadster fashion. While those are early renders, the patent is for a “body frame structure for a saddle riding vehicle” meaning this is more or less what Honda is working on.

As we already know, a patent isn’t a confirmation that a new model is coming, especially not one from Honda—the manufacturer is a pro at patenting new designs on the regular. However, you have to admit that the Rebel 1100 rumors out of Japan and the patent are likely more than a simple coincidence—it sure looks like the Africa Twin engine's getting a second application.

After all, developing an engine is complex and costly enough, it would make sense for the 1100 Twin to find other uses in the lineup.