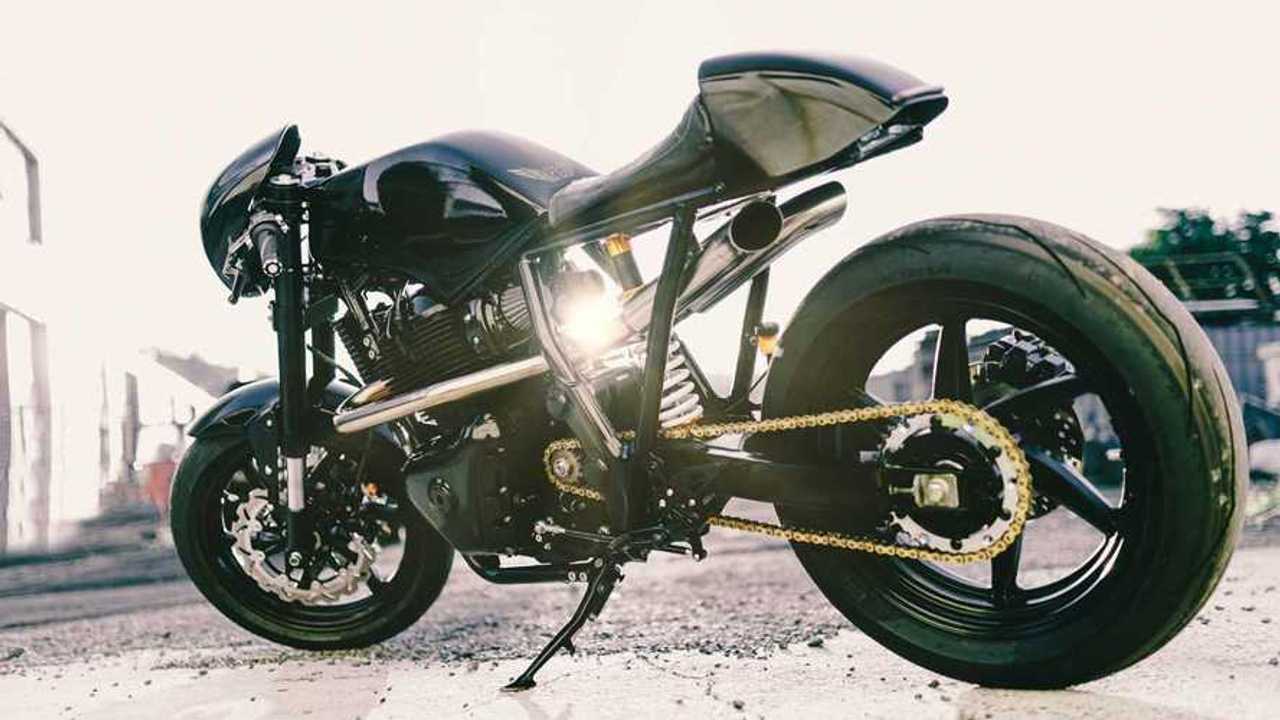 A work of art that just might be able to hold its own on the track.

Ever since the introduction of Royal Enfield’s newest line of 650cc parallel twin motorcycles, the custom motorcycle scene has been ablaze with these bikes being used as platforms for some pretty outstanding builds. Out of the box, these bikes provide massive value with decent performance and good looks all at a very competitive price. All across the world, custom motorcycle shops have been rolling out their own takes on the two bikes—the Continental GT and Interceptor.

The custom scene for Royal Enfield is in fact so rich, that Royal Enfield Australia actually invited their dealer network to create custom iterations of the two bikes. In an event entitled the “Busted Knuckles Build-Off,” several Australian Royal Enfield dealers tried their hand at customizing the new platform. One notable build coming from this event came from Australia’s southernmost state, where the guys at Tasmanian Motorcycle Warehouse (TMW) built their very own custom dubbed the Royal Raven Continental GT 650 Cafe Racer. This build is further made special by the fact that TMW built this bike to perform well on track as well.

With over forty years of experience in selling motorcycles, riding apparel, and motorcycle service, TMW never considered themselves custom motorcycle builders. That’s why when the invite for Busted Knuckles Build-Off was received, the team immediately looked internally for the right guys to take up the challenge. To start the project, three in-house mechanically trainee pros took on the task of conceptualizing, designing, and ultimately building the custom bike. Adam Palmer, Grant Plumbridge, and Jess Mustart worked together to transform the already gorgeous Royal Enfield Continental GT 650 into something unique.

The team unanimously agreed to set the bike up as a modern cafe racer that would prove to be excellent on track. Seeking to implement sleek and minimalist lines, the team wanted the bike to look like a racetrack carving machine—complementing the bike’s already impressive handling characteristics, thanks to its chassis provided by Harris Performance.

The team agreed on a list of must-haves for the bike: good suspension for track duty, a custom exhaust system, and completely bespoke bodywork. To start, the guys at TMW mounted an inverted front fork and a sportbike 17 inch front wheel and dual disc brake assembly. They subsequently swapped out the dual rear shock absorbers in favor of a monoshock—cleaning up the lines and improving suspension performance by way of more adjustability and less weight. In doing so, the team shaved off the stock rear shock absorber mounts, and welded a bracket across the bottom of the seat to which the monoshock mounted on to. A new swingarm, rear brake assembly, and 17 inch rear wheel were all integrated into the build.

With suspension and chassis componentry out of the way, the guys at TMW shifted their focus towards the aesthetics. Transplanting a 1980s Kawasaki fuel tank proved to give the Royal Enfield a totally new, racier look. A custom tail section was handcrafted to house the bike’s electrical system, ECU, and battery whilst retaining an undeniably clean aesthetic. Adorning the front fascia is a classic round headlight with LED bulbs for a modern flare. A simple bikini style front cowling completes the bike’s cafe racer look.

Engine modifications were kept at a minimum. The team didn’t bother to open the Continental GT 650’s rather modern engine. Rather, they opted to swap out the heavyweight stock exhaust system in favor of a lightweight custom exhaust which sweeps across the side of the cylinder head and under the seat before splitting into two exhaust tips. The stock air box was also removed and a pair of lightweight, high airflow pod filters were installed.

With the intention of eventually taking the bike to the track, the ergonomics were set up in such a way that made the bike very controllable in a semi-tucked riding position. That way, the bike is comfortable enough for daily commutes and cruises, and aggressive enough for spirited rides through twisty roads and track days.