Get in line now.

Motorcycling is constantly changing. Ever since multiple people had very similar brain waves that told them to create different takes on motorized bicycles, these machines have been evolving. Things happened very quickly at first. As time went on and we all got comfortable, the really big advances became more relaxed in terms of time. For example, everyone was using carburetors until they weren’t—but it still took some time for everyone to climb on board the fuel injection train. 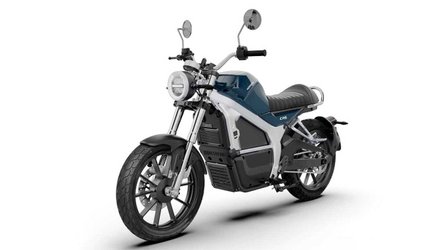 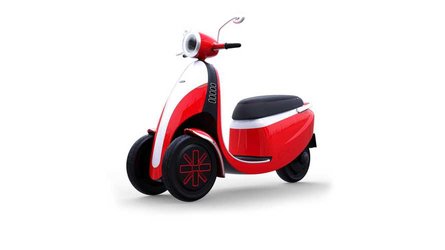 Taking a long view is a big part of why I find electric motorcycle developments so fascinating. As Matthew Waddick of Switch Motorcycles wrote over at Silodrome, pulling in a design and engineering team with a whole bunch of practical experience was the key to creating the Switch eScrambler concept.

By having a solid grounding in custom bikes—not to mention leaning heavily on former Yamaha Japan Advanced Labs Industrial Designer and past Danish Flat Track champion Michel Riis—Switch effectively redrew the game board in terms of making a practical, workable electric motorcycle design.

I don’t want to live in a world where people who have the talent to a) dream impossible dreams, and b) get them out successfully onto paper don’t exist. After all, just because an idea isn’t completely practical from the drop doesn’t mean that it can’t push the conversation forward. There’s a place for that. At the same time, like a small and precocious child, it probably shouldn’t be left to fend for itself for too long.

On the opposite end of the spectrum, a design-fluent team like Switch’s illustrates how all their combined experiences can create something both thoughtful and practical. Instead of designing funky fairings that shroud the battery unit and make it seem like it’s ashamed to be electric, Switch chose to make that cell box a feature.

Electric motorcycles don’t need traditional fuel tanks. However, both basic ergonomics and your mind’s eye look for something to occupy the space between your body and the handlebars. With that in mind, Switch conveniently hid the electronics in a little box, and plans to place a small storage compartment in that space as well.

Here are the numbers you’ll want to see. The eScrambler allegedly has 150 kilometers of range per charge, or just over 93 miles. You’ll want to remember that number, because it’s also supposed to have a top speed of 150 kilometers per hour—or about 93 mph. Finally, Waddick says that it does 0 to 100 kmh/62mph in a mere 3.2 seconds.

Overall, this design isn’t just simple and minimalistic—it’s also eminently practical, raw, and elemental. That’s probably why so many people on the internet are totally digging it. Also, unlike some electric moto designs, the eScrambler looks ready to roll into production tomorrow.

Now, the bad news. Sadly, the road-legal version won’t be available until 2022. It’s neither a slow electric off-road bike, nor is it a super-sleek, high-end electric sportbike. Instead, it’s a much more practical in-betweener that looks like a simple, stylish commuter. Here’s hoping everything goes to plan, and it has Ducati Scrambler-levels of mass appeal.