New Corvette C8 Encounter Was Nearly A Disaster For These Riders

If you ever wondered why motorcyclists have a hard time trusting drivers, here's why.

When you’re out riding or driving, do you ever notice that some days seem to have traffic themes? As in, you’ll notice a bunch of drivers exhibiting the exact same type of road stupidity? Maybe it’s a day where everyone but you apparently got the memo about not stopping at stop signs, or every other car seems to practically be riding your rear tire, it’s following you so closely. We’ve all had days like that, I’m sure.

Let's All Ride And Drive Safe, Everyone: 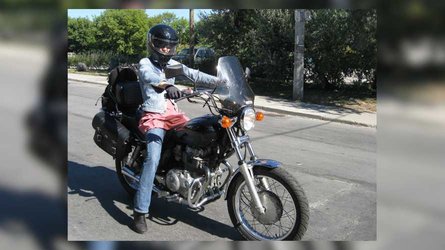 Short-Term Memory Loss May Be Why Drivers Don't See Bikes
⠀ 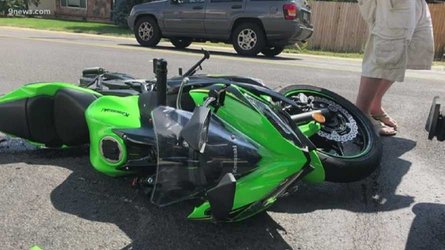 In the grand scheme of road shenaniganry, this pre-production C8 Corvette suddenly dropping anchor and pulling an ill-advised U-turn out on a twisty desert road is far from the worst thing I’ve seen, even with that group of riders around him. Did it totally suck for them that they were likely all going a reasonable speed and allowing a reasonable following distance prior to the C8’s deeply dipshitty behavior? Absolutely. Still, if you ask just about any rider, the sad fact is, they’ve probably seen worse.

As to why the C8 would do such a thing, I’ve seen some suggestions that maybe it was someone who wanted to turn back and get a few nice photos of the car out on that gorgeous road. Why you’d fail to notice traffic around you when you’re not on a closed road is another story, especially since none of the bikes following were super-quiet electrics.

You can’t see inside the cabin of the car in this video at all, so there’s no telling what the driver was doing at the time they decided to suddenly pull that U turn in the middle of the road. Still, we’ve all ridden around inconsiderate drivers who seem absolutely sure down to their toes that whatever they’re doing has to be way more important than anyone else around them. Maybe the key is that this C8 driver didn’t even think about it at all, and simply did it. Is that more or less horrifying to contemplate? Hard to say.