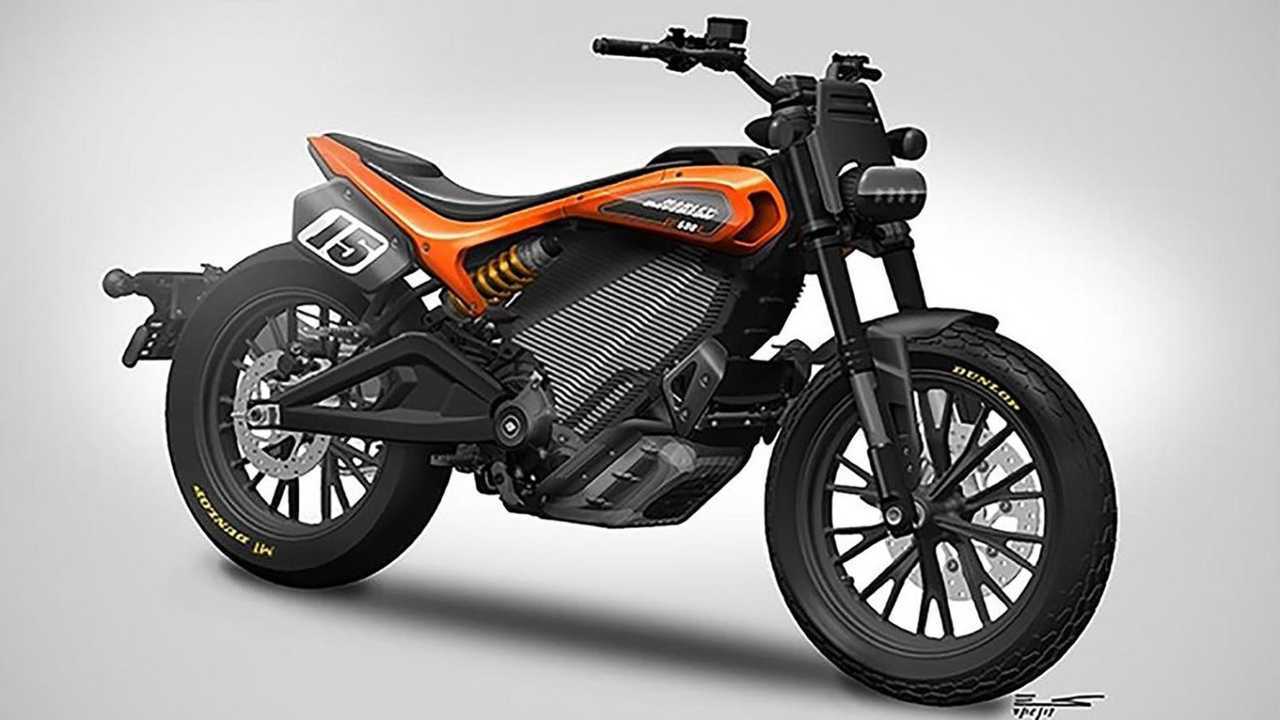 On July 30, 2018, Harley-Davidson announced that it was entering the 21st century by unveiling an electric motorcycle, an adventure bike, and a streetfighter. While the announcement primarily focused on the LiveWire and what would later become the Pan America, and Bronx (respectively), the Motor Company vaguely alluded to the direction of its forthcoming EV lineup. With an electric bicycle and middleweight e-motorcycle sketches, Harley made it clear that the brand’s flat track heritage would drive the EV range’s design language. Now, the company just updated the middleweight concept art and the direction of the bar and shield’s latest EV couldn’t look any more promising.

Featuring kids' balance bikes, full-size bicycles, an urban commuter scooter, and several motorcycles, Harley’s comprehensive EV offerings could pave the way for its non-cruiser models in the “More Roads To Harley-Davidson” campaign. Though the company developed its lineup based on a previous investment in the now-defunct Alta Motors, the new sketch builds on the knowledge gained from that partnership.

Harley dubs its “Mid-Power” option as the “next-gen short tracker” that will be the “ultimate city bike”. Though the power and range figures aren’t available at this time, the middleweight EV would be more urban-oriented than the flagship LiveWire and the design hints at a more svelte profile. We’re already seeing the streamlined flat-track design spread to other models with the company’s small-displacement motorcycle for Asian markets.

Unlike the LiveWire, and most other electric motorcycles currently on the market, Harley’s middleweight EV concept doesn’t design around the lump of a battery pack. Instead, the drawing shows off a contoured electric powertrain that conforms to the bike’s aesthetics. Other design updates include a smaller headlight unit accompanied by a larger race plate-style cowl and a more integrated flat track-inspired gas tank and tail section.

"The middleweight EV concept bridges our EV technology to our rich history of racing and the legendary XR750," Harley proclaims alongside the image.

In addition to the flat-track elements, the larger battery, coaxially-mounted motor and swingarm, forward-mounted cooling controller, and passenger footpegs all hint at a more practical/developed design. If the inclusion of a license hanger and turn signals is any hint, this sketch brings the EV concept another step closer to production.

Unfortunately, the corporate timeline positions the middleweight electric motorcycle in the 2021-2022 window, so we have to bide our time for now. In the meantime, we hope that the Motor Company’s flat-track lineage continues to inform its designs moving into the future.