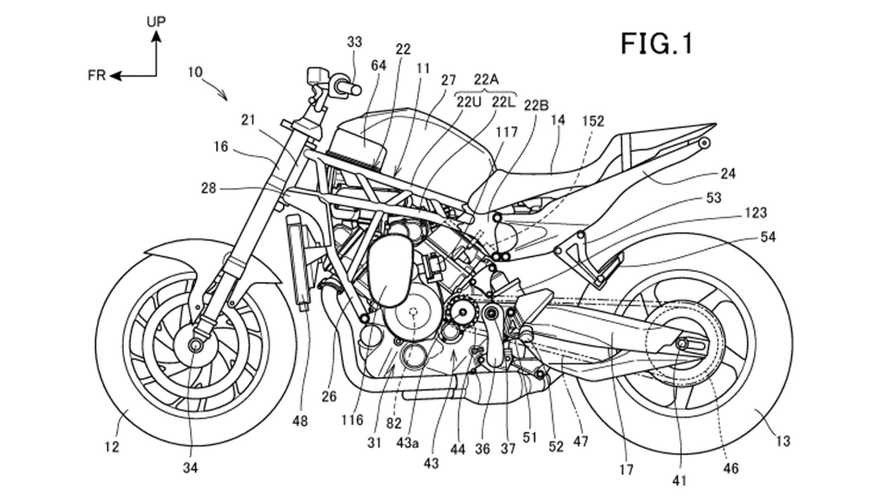 There is no problem with a (functioning) engine that can’t be fixed with a supercharger. Supercharging, along with its cousin turbocharging, is a wide-spread method used in cars to help wring more power out of smaller, more fuel-efficient engines. In motorcycles, however, it isn’t as common. The only current supercharged engine is Kawasaki’s one-liter inline-four unit used in the Ninja H2 and Z H2. Rumors of other manufacturers developing their own turbo and supercharged engines have been circulating, including Suzuki and Honda but anyone has yet to step up to the plate. Is that about to change?

Honda’s patents for a supercharged engine have been circulating for a few years, feeding into the rumor that Kawasaki might soon have a competitor on the forced induction field. After the trail went cold, Honda aas recently added fuel to the fire by updating its patent for a supercharged V-twin engine. That’s enough teasing, already! Good news: the look of the bike and the engine layout seem pretty cemented at this point, so what is Honda waiting for exactly?

The renders give us a good idea of what silhouette Honda is seemingly working on. It combines styling cues borrowed from the Neo-Sports Café lineup with a bit of what looks like an older-generation Ducati Monster’s DNA. No current Honda motorcycle looks like what we see in the patented renders, which suggests the possible addition of a new model to its naked lineup.

The patent was filed in 2017 and published in January 2020. Does this mean we are getting closer to seeing at least a concept of the described model? We sure hope so. We’re ready for it.