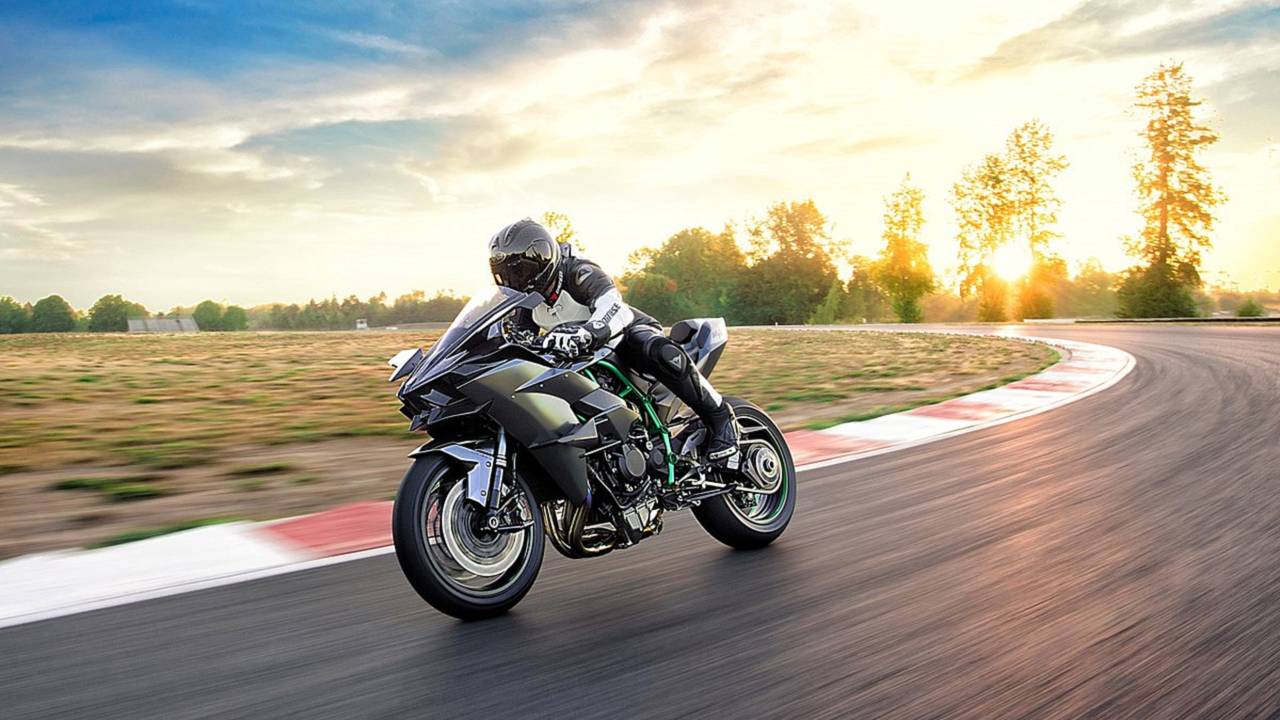 Retro bikes are all the rage these days. As a GenXer whose first several bikes were UJMs from the early 1980s, I appreciate it. I am the market these bikes are trying to tap into. While the Suzuki Katana is one of the first to apply the retro formula to a true sportbike, I suspect that there may be another one potentially on the horizon: a remade Kawasaki GPz900R.

The original GPz900R became famous in the original Top Gun as Tom Cruise raced an F-14 Tomcat down the runway. The trailer for Top Gun: Maverick shows him riding the same bike (albeit without a helmet, which is not only a bad idea but something the Navy would never allow him to do in the real world). We also know that he'll be riding an H2R in the movie, so clearly Maverick isn't against upgrading his ride while staying loyal to the Kawasaki brand.

Kawasaki has also found success with the Z900RS retro naked bike. It has classic 1980s styling, yet packs all the performance and safety features you want in a modern motorcycle. I absolutely loved the Z900RS I rode last summer at a demo day. So did Kate, who would opt for the Z900RS Cafe. The standard Z900 is also a great bike, but the retro version is what speaks to me.

With Suzuki throwing down the gauntlet with the Katana, there may be room out there for a competing retro sportbike. The Katana has a larger 999 cc engine, and Kawasaki would have to choose between competing against it with a Ninja 1000-based literbike or remaining true to the original GPz900R's displacement. Either choice could be a winning proposition, particularly with Top Gun: Maverick providing a perfect opportunity to promote it.

On top of all that, there's this GPz900R video that Kawasaki just released on YouTube. It's a great retrospective of all of the bike's versions throughout the years, including many that weren't available in the US. Why post this now? It could have to do with renewed interest in Maverick's motorcycle. Many of today's riders weren't even born back when the original Top Gun came out and aren't familiar with it. It could be nothing more than this. Or it could be a look back at the model line in preparation for introducing a new model based on it.

Once again, this is all wild speculation on my part. Kawasaki has said nothing about bringing the GPz back in any form. Like the idea of an Indian adventure bike, though, all of the pieces are in place that would make now the right time to do it, while retro bikes are becoming more and more popular and with a major movie coming out that would help promote it. Kawasaki already has the platforms and powerplants it would need to do it with just a little bit of modern/retro styling to make it unique. It worked well for the Z900, and it could work for a GPz.