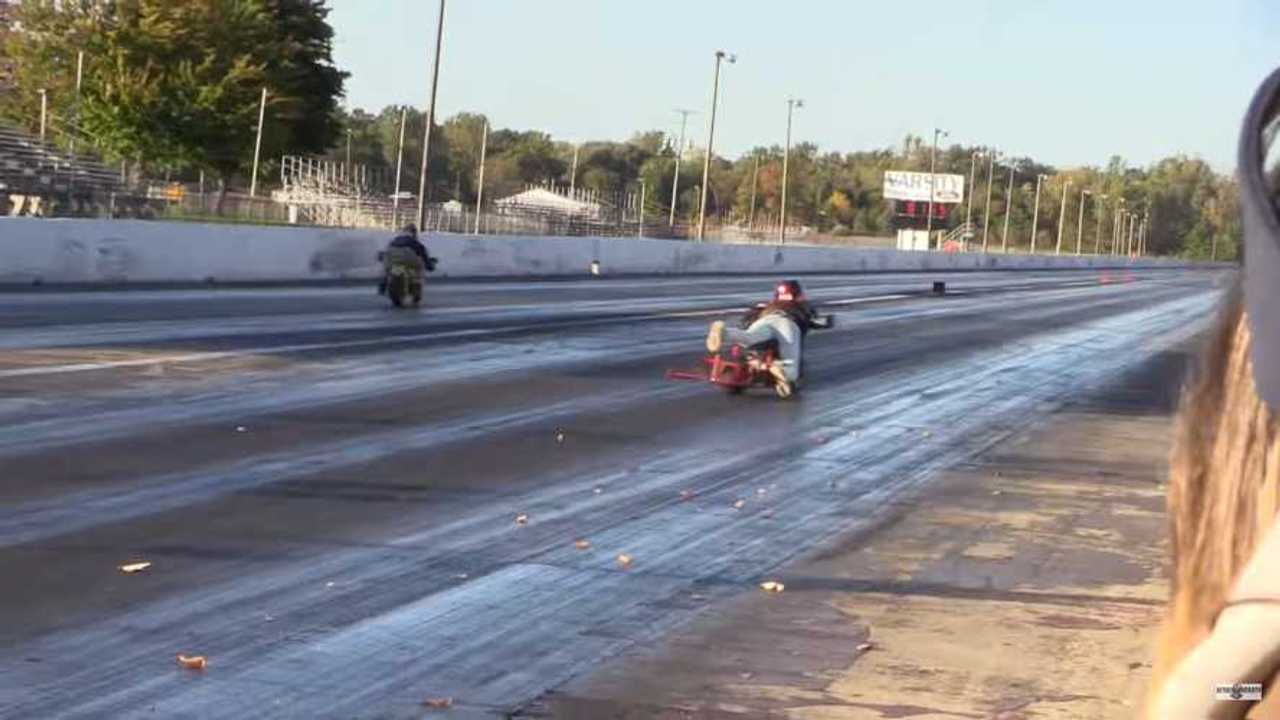 Though she be but little, she is FIERCE!

Following the basic rule of “if it runs, we can race it,” it’s no surprise that pit bike racing is a thing. Pit bike drag racing, though? That takes extra commitment. Still, as you’ll see in this video, the results are clearly worth all the time and effort involved.

Take It To The Strip:

On the one hand, if you’re already at the strip, chances are excellent that there’s a veritable smörgåsbord of pit bikes there with you. On the other hand, simply drag racing stock pit bikes wouldn’t be half as much fun as modding the tiny, tiny wheels off them. Naturally, everyone in this video chose the latter path.

Just like racing bigger bikes, though, despite your best intentions, sometimes things go wrong. While it’s absolutely true that serious injuries could occur despite the diminutive size of these bikes, that’s not what happens here.

Instead, one run just ended up a bit more superman than superbike. All’s well that ends well, hilariousness happened, no one got hurt, and now that racer has this video for her friends to tease her about for the remainder of her days on earth. Best. Race weekend. Ever.

Rolling around on pit bikes in a pack with your friends is fun enough, but throwing down the gauntlet and testing their mettle at the strip has to be the highest form of minibike entertainment. We’re glad someone had the presence of mind to capture this on video and throw it up on YouTube so all of us could see and be amused by it on a cold, gray, early winter day.

If you’re interested in this subgenre of drag racing, incidentally, it seems that Detroit Hood TV has a pretty strong lock on this particular YouTube niche. There are a few more mini bike drag race videos from other channels here and there, but DHTV seems to mainly be the place.