Spectacular: Marquez Crashed At 26-Times The Force Of Gravity

It’s all in the numbers.

Motorcycle crashes are no joke, I’m stating the obvious. It’s not only the slipping and sliding we have to be mindful of but also the impact. Another road user doesn’t have to be involved for a crash to be severe, all it takes is a mistake. Highsides, in particular, can have dire consequences. It’s no surprise everyone held their breath when MotoGP Marc Marquez highsided during a practice round prior to the Thailand Grand Prix. Thankfully, he walked away unscathed, but the force of the crash was spectacular. 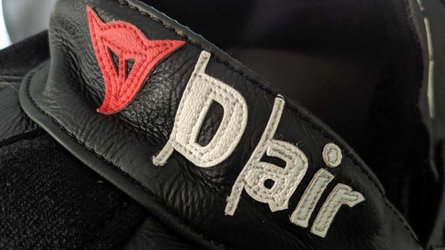 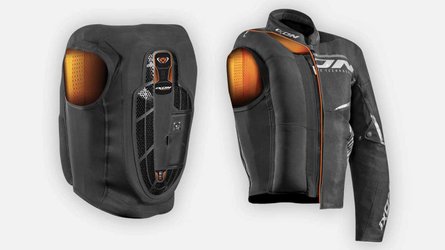 The airbag suits worn by MotoGP racers, whether they are Alpinestars or Dainese, are equipped with a flight of high-tech sensors which include a GPS and a gyroscope. These sensors allow the suits to react almost instantly and inflate the airbag during a crash, but they also collect precious data when something goes wrong.

The most recent example of it happened during MotoGP’s Thailand Grand Prix. Racer Marc Marquez lost control of his Repsol Honda race bike during a practice session, causing him to be thrown off the bike and to violently hit the ground.

So how hard did Marquez hit the ground? Alpinestars released the data from his crash and the graph shows that the racer’s suit detected that his first impact on the tarmac had a force of 26g. That number is comparable to someone in a car traveling at 30 mph and hitting a brick wall, which represents an impact of roughly 30g. Marquez literally hit a wall of asphalt.

The graph is really interesting to look at and tells the story of the crash. It allows us to see very clearly the timeline of events and how it all unfolded. We can point the moment Marquez lost control of his motorcycle, two seconds prior to the impact, followed by the very moment he was thrown off the bike. The airbag inflated a few milliseconds after Marquez was ejected and precisely 0.585 seconds before he hit the ground.

I don’t know for you guys, but I find that absolutely fascinating. While on the road we don't reach the speeds Marquez does on the track, this is some pretty good insight into what happens when we mess up and take a tumble. There's a reason we're advocates of the full gear principle. So. You know. ATGTT. Didn't expect me to moralize you going into a MotoGP article, huh?

While the young racer took a minute to get to his feet, he was able to walk away from the incident. He later checked in at the local hospital to be assessed but got away with only a few contusions. He returned to the track the very same day and was back in the saddle to record the fastest time of the day before putting on a stellar performance during the following Sunday’s race. Despite a good scare and probably a few bruises, Marc Marquez went on to win the race and secure his sixth MotoGP championship in career.