You might be skeptical about police using drones to monitor traffic in busy metropolitan areas. In China’s Fujian province, apparently, getting talked to by a floating police drone overhead is more like the voice of your disappointed parent and less like law enforcement. 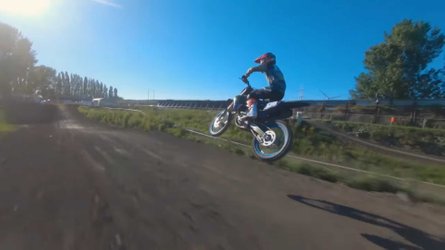 You Have To See This Drone Footage Of Motocross Racing 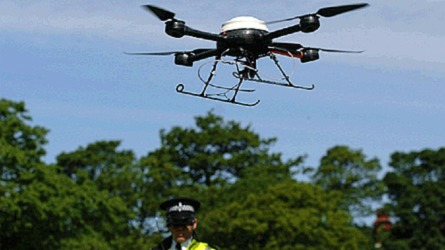 In a video that’s been making the rounds on Weibo, a Chinese social network platform similar to Twitter, a traffic drone flies over the heads of a group of scooterists. Most of the scooterists— some of whom are riding two-up—have their helmets on. One guy, who is riding his scoot solo, does not.

The drone voice then requests, “The handsome young lad on the black e-scooter in the dark green shirt and glasses, please put on your helmet.” The rider looks surprised and slightly embarrassed before popping his helmet up onto his head. I mean, wouldn’t you?

Cynical-minded people might expect the police to immediately issue a citation, seeking to generate revenue off any and all traffic infractions—even minor ones. Some traffic cops might be like that, but this particular one just wanted the guy to be safe and follow the law. It’s charming, if somewhat creepy.

One thing I’ve learned over time is, technological advances throughout history always come with some side-eye from people living and observing at any given time. Tools are tools, and so they advance, and eternally, new tech is invented and inevitably, also debated.

All of these items can sometimes be used for good—and with hilarious consequences, as in this video. Using tech to make road users safer instead of just writing a ticket seems like a positive use of this new tool, in this specific instance.

According to Shanghaiist, cops in the city of Putian, where this video was shot, first started using drones to monitor downtown traffic earlier in 2019. So far, they say they’ve found over 2,000 traffic violations by utilizing this new technology. It’s unclear how many aerial reprimands they’ve issued regarding rider or driver safety at this time.