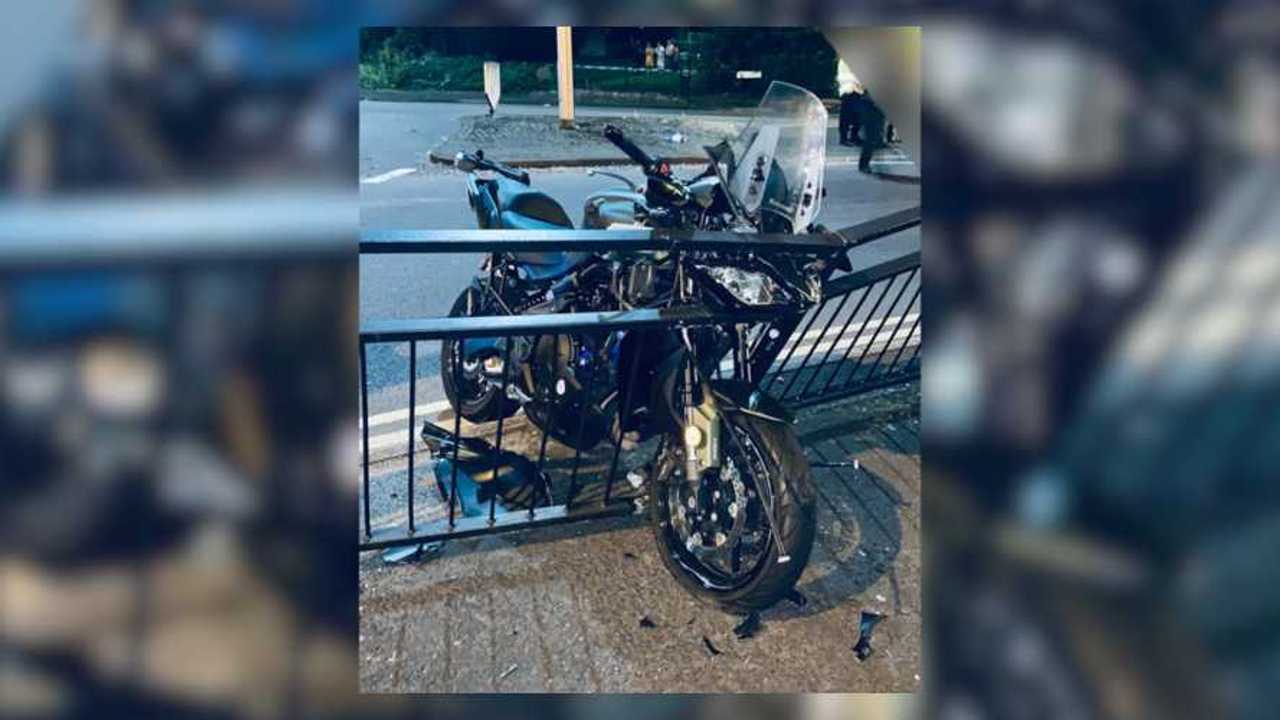 That's not how you fence stolen goods!

A would-be motorcycle thief in the UK hobbled away to the hospital in custody after a brief foot chase. What happened to the bike he stole? He crashed it while trying to get away, which led to the foot chase in the first place. All we could say upon seeing this image posted by the West Midlands Police Traffic unit was, poor bike!

The WMP Traffic police caught the entire incident on their dashcam. It’s grainy, and isn’t the best footage, but you can see what led to the very clear shot above. The thief absconded with a Kawasaki Versys, and then crashed it into a fence upon incorrectly negotiating a roundabout. After unceremoniously parking the bike in that fence, he then attempted to leg it—which is when police finally caught up with him.

According to WMP Traffic, the thief suffered bruises and sprains in the crash. No word on how much damage that poor bike sustained, but here’s hoping that it’s mostly cosmetic and the bike won’t take much to be rideable for its actual owner. Yes, it’s just one bike out of the many stolen in the UK regularly, but a) a small win is still a win, and b) the thief got arrested, so that’s good, too.

So far, the police haven’t released any additional information about the thief. That includes the official charges filed against him, as well as whether he acted alone or was working in concert with any other thieves in the area. UK motorbike theft problems, as everyone in the global motorcycling community knows, are a constant problem and source of pain for UK riders.

That’s why there’s a slight sense of satisfaction at seeing this thief’s incompetence. It doesn’t solve the problem, of course, but if we don’t appreciate these small moments of well-deserved schadenfreude when they happen to bike thieves, what’s even the point?