While it’s true that no single country can lay claim to owning every single off-road race, it’s still worth noting when a Canadian racer comes down to the US and beats all other competitors in the longest off-road race in the US. Not only that—it’s a desert race, from Vegas to Reno, and the racer in question is from a town called Charlie Lake, British Columbia that is distinctly not located in the Okanagan Desert.

Distinctly Off The Beaten Path: 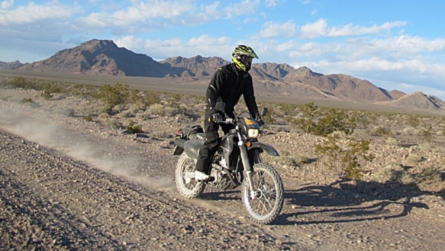 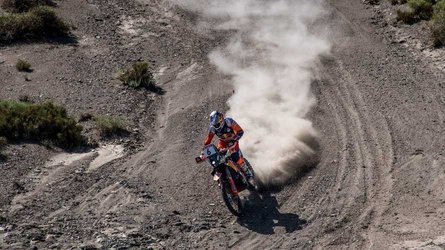 Racer Florian Schwarz won first place in his Ironman Amateur motorcycle class in the Best In The Desert 2019 General Tire Vegas To Reno competition. He raced a KTM 500 EXC-F to complete the 550 mile race in under 12 hours. Of all the bikes that entered the Ironman Amateur class, only six managed to complete the race. The rider who came in second, Dean Hawley, had a final time that was nearly an hour longer than Schwarz’s.

Six racers in Schwarz’s class completed the grueling desert race. The final rider to cross the line, Rod Emery, was one of two local racers from Las Vegas in the class. He did it in just under 19 hours, so there is quite a wide range of times across all finishers. Even within the Ironman Expert class, of the 20 competitors who started the race, only 13 managed to complete it.

Official race results list Schwarz’s sponsors as “Everflo Racing, Kick Ass Wife and Family,” which is rather sweet. He has competed in this race in previous years, with a previous best finish of third place in 2018.

Schwarz doesn’t intend to stop there, though. In November 2019, he’ll be in Ensenada, Mexico, making his second attempt at the Baja 1000 in the Ironman Motorcycle class. According to SCORE, the racing organization that runs this event, the dates for 2019 run from November 19 through November 24. SCORE sometimes does live streaming on its YouTube channel, and you should definitely be able to see videos from the event there, as well.