Riding Dirty: It's Getting Better All The Time 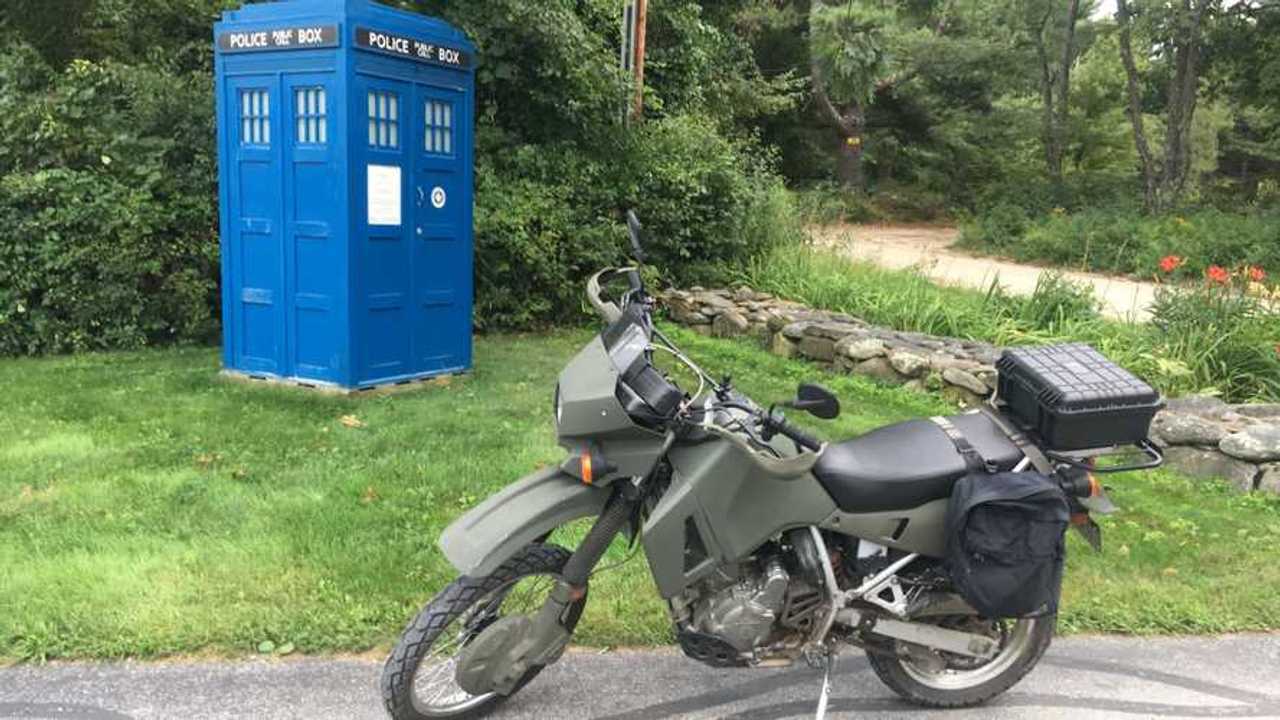 I can no longer say I don't know what I'm doing on dirt.

When we last checked in on our newbie dirt rider hero (me), I'd geared up for the occasion and begun to explore some local dirt roads, maintained and otherwise. Since then, I've continued to make slow but steady progress on my skills, such as they are.

The Adventure So Far:

Riding Dirty: That's One Small Step For A Man

I'm not dropping my Kawasaki KLR 650 as much as I used to. I'd like to tell you I haven't dropped it at all, but one low-speed incident prevents me from saying that truthfully. In my stiff motocross boots, I wasn't able to grab as much rear brake as I needed to for a sharp corner on a dirt road. Instinctively I grabbed more front brake instead. This was the wrong thing to do, as it eventually locked up and slid out from under me. Fortunately, there was no damage to anything except my pride. The driver of the car behind me was also a rider and understood my plight. He got out of his car to help me pick the bike back up but I already had it on its side stand by the time he got there. The adventure continued. I have since raised my brake pedal so that I can get a good dollop of the back brake even in my motocross boots.

I've added a small cheap top trunk to my KLR in the form of a ripoff Pelican case, courtesy of Harbor Freight. I feel better about going for dirt rides on my way home from the day job with my work computer safely protected inside something solid rather than the soft saddlebags the bike came with. I haven't dropped it on any of those rides, though, despite a three-hour tour on a mostly dirt route I modified from DualSportMaps.com. None of these were the more difficult unmaintained roads I've been riding near home, but just getting more and more dirt miles under my tires has helped me gain experience and become more comfortable. These aren't the roads of Instagram photos or YouTube videos, but I've found the experience handy to give me a solid baseline to extrapolate from when the going gets a little rougher.

The other night I wanted to go for a short but hard dirt ride to challenge myself a bit. I tackled my usual Class 6 roads and found that I covered the mileage quite a bit faster than I used to. Then I turned around and tried it in the opposite direction for the first time. Everything's different in reverse, of course (ask anyone who's ever played Gran Turismo), but I still managed to not only tackle it but tackle it quickly. I also discovered an unusual time travel machine parked by the side of the road. Sadly, the Doctor was not in.

This rocky climb was a little above my pay grade. I made it through anyway.

There's another Class 6 road nearby that I started up once but turned around because it looked too rough and gnarly for my non-existent experience at the time. I decided to give it a go. It was more difficult than I imagined, with large loose rocks that were a bit above my pay grade. Nevertheless, I persisted, never releasing the throttle all the way up the steep rocky hill. Much to my surprise, I made it, and without falling over. I stopped at the top and celebrated my personal victory.

There's no substitute for actual training, but failing that, just miles of practice is helping. I'm learning to overcome my pavement instincts, to lean the bike under me instead of leaning my body off of it, and to rely on using my weight on the footpegs to turn more than the handlebars. It's starting to come together. Most importantly, I'm enjoying the challenge of trying something new, and especially the feeling accomplishment that comes from seeing that I'm actually improving.