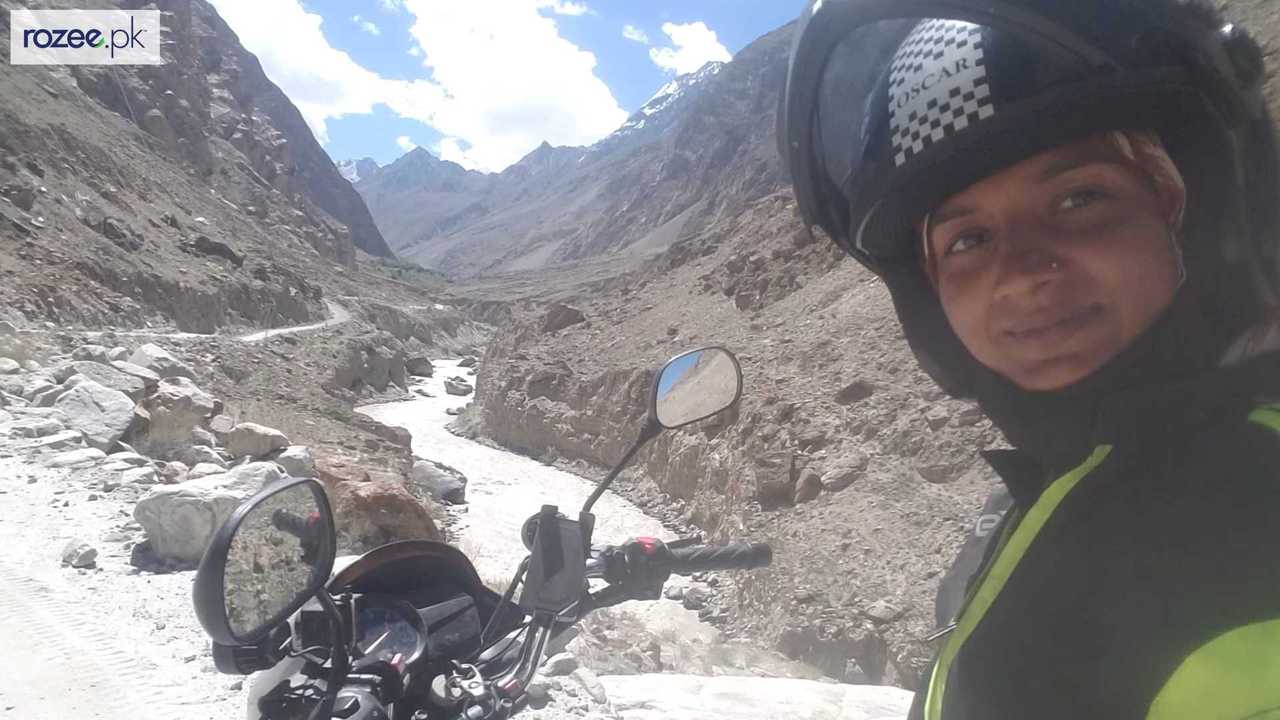 For the past three years, Yumna Warraich has been traveling around Pakistan by motorcycle. If ever there was a universal motorcyclist goal, she probably embodies it. After all, her main priority was to explore all the beauty her country had to offer on two wheels—and it remains so to this day. In recent times, her travels as the Motorcycle Girl have become famous enough that she is now a brand ambassador for Pakistani job site Rozee, which put together this video about her achievements.

Originally from Lahore, Warraich started on a 70cc Honda, but quickly moved up to a Honda 125. She also has a Suzuki GD110 that she nicknamed “Sparrow.” When Warraich is not at her day job, she loves planning solo trips and exploring the natural beauty of Pakistan. She’s travelled as high up as 13,000 feet above sea level on her bike, and will basically ride anywhere and everywhere that she can.

Sometimes, when she’s visiting a new place, Warraich runs into tourists from abroad who are also traveling by motorcycle, and seem surprised but pleased to see her doing the same. With some roads that are not much more than dirt tracks, traveling by motorbike makes the most sense because she can go just about anywhere.

We don’t hear a lot in the US about some of the staggering beauty of mountain ranges, lakes, flora, and fauna within Pakistan’s borders. Like many adventure tourers now, Warraich takes plenty of photos to share with the world, and the photos in this piece are but a small glimpse into everywhere she’s ridden so far. It’s always a treat to be able to familiarize ourselves with more of the kind of natural beauty that helps remind us of one of the many reasons why we ride.

Warraich is only 23, but already has seen and done so much on two wheels. Why travel all the way to the Swiss Alps when you have all that beauty just a few hours away by bike?