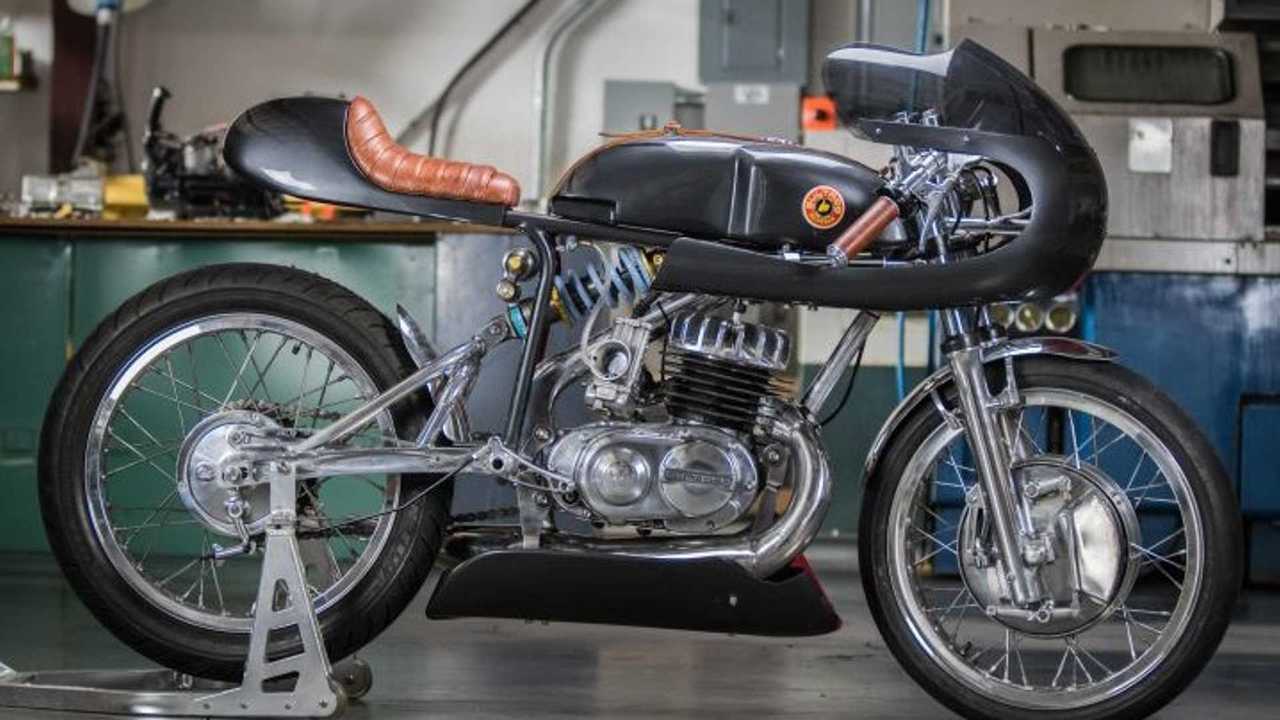 Sometimes Frankensteining can be a beautiful thing

For a guy that spends his winters building race engines from a solid piece of billet aluminum, customizing an old Spanish dirt bike could be considered pedestrian. For the rest of us mortals, his morphing of a 1975 Bultaco Alpina into a classic road racer is nothing short of metallurgic wizardry. Don’t let the final product deceive you, Atkinson had his work cut out for him and the only Bultaco parts that survived the makeover were the rear wheel hub and the engine.

Atkinson connected those two points with a custom tubed-aluminum frame and machined swingarm with tubed reinforcement. The frame’s motor mount doubles as the swingarm pivot, which hooks back up the upper frame by way of a Gears Racing monoshock. From there, Atkinson Frankensteined the front end with a set of unspecified Suzuki forks and a Moto Guzzi Eldorado front wheel. Aft, the previously mentioned rear wheel hub found new life laced up to a raised lip Borrani rim via Buchannon’s stainless spokes.

A custom aluminum gas tank tops off the build with cutouts that harken back to the TSS road racers of old. Though he writes off the rest of the bodywork as purchased, Atkinson exercises the highest regard for details in mounting the iconic fairing.

Atkinson doesn’t just practice alchemy, however. He also paints, and in this case he opted for coating the bike in a contrasting black/red livery separated by a strip of polished aluminum over the tank.

“I only build bikes because they interest me and challenge me to learn new skills,” said Atkinson. “I am working next on an all-carbon-fiber electric motorcycle with crazy steering, and then I think I will build an airplane.”

Among all the skills that Atkinsons displays in his builds, perhaps that’s what’s most impressive - his ambition.

You can drool over the full gallery of Atkinson’s build by checking out Bike Exif.