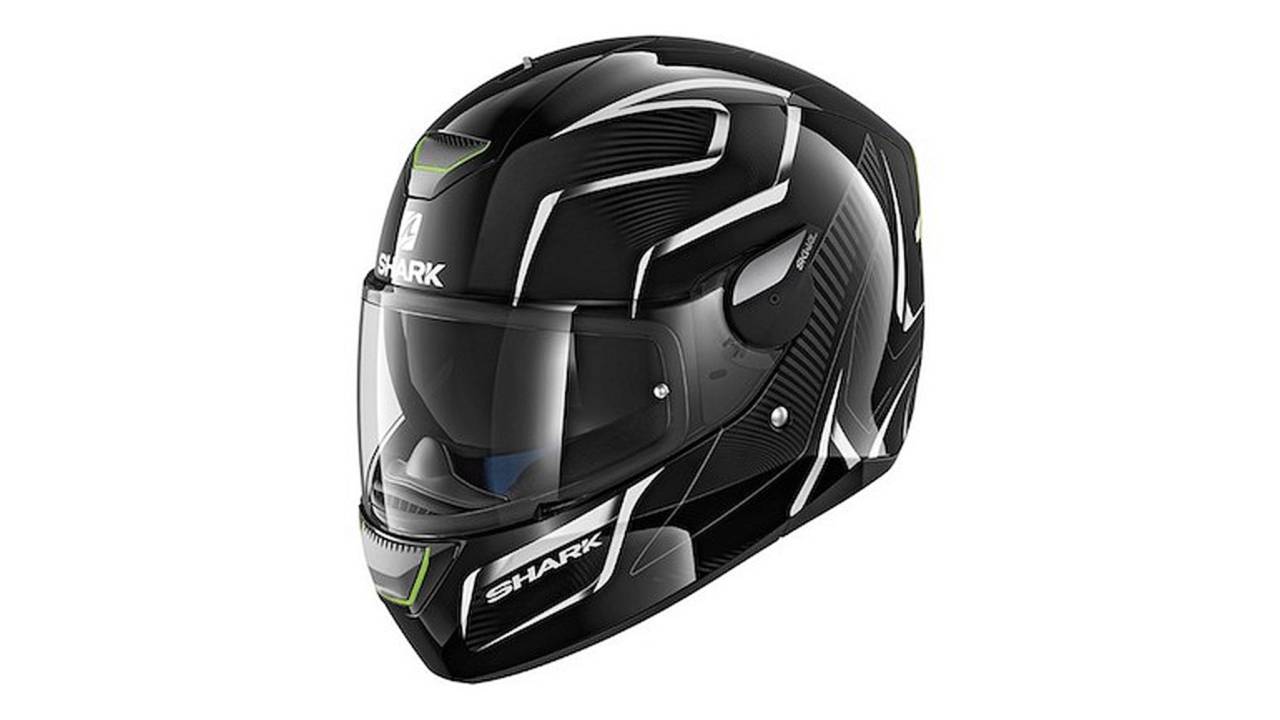 OM NOM wait, no, not that kind of shark.

Not Actually Helmets For Sharks:

Nolan was founded in 1972 in Bergamo, Italy and production has remained there ever since. Shark helmets is a relative newcomer, having existed for only 30 years. Their helmets are designed in France but manufactured in Thailand.

The Nolan Group companies all make motorcycle helmets along with the N-Com helmet communicator. The Shark family consists of brands that produce helmets, motorcycle bags and luggage, and motorcycle riding gear. Adding Nolan helmets to their portfolio has the potential to strengthen and broaden their offerings.

This single, large company with a broad offering of motorcycle-related products can be more competitive in the European market, and may help their entree into the American market. Patrick François, president of 2 Ride Holding, says the companies have already begun to work together and intend to “optimise all this Italian, French and European expertise in order to offer our global consumers more protective and easier-to-use products.”

The official press release about this acquisition states that the “strategic alliance” between the two companies “attests to their intent on making significant inroads into the global marketplace and will enable them to pursue their geographic expansion plans.” It goes on to state, “With €150 million in sales revenue and a workforce of around 1000, the Nolan Group distributes its products in over 80 countries worldwide and enjoys a global leadership status in the market of protective equipment for motorcycle and outdoor sports.”

There is no word whether 2Ride Holding Group will keep Nolan’s production in Italy or move it to Thailand alongside the Shark helmet production lines.