Guy Hit The Trails On His Rebel 250, Here's How It Went

A bumpy yet successful ride.

If we put “Honda” and “off-roading” in the same sentence, we normally expect some variation of a CRF to be involved, right? You know, because that’s what they’re built for. Not everyone seems to agree, though. For the more daring spirits out there, Honda is instead followed by the name “Rebel 250”. Aside from the Gold Wing, this is likely the last model you’d expect to see out there in the woods. Unless the rider is this guy. So how did that ride go? Better than you’d expect. 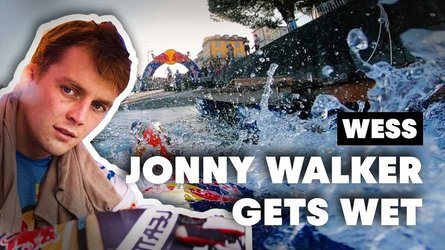 Watch Enduro Racers Blast Through Tiny Streets Like It's Nothing
⠀ 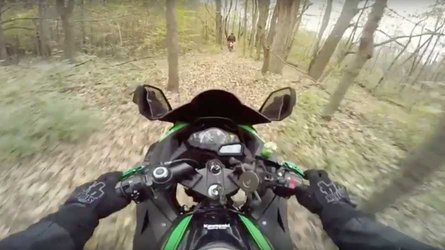 Some people don’t let the type of bike they ride on stop them. For instance, earlier this year, we documented a Canadian hooligan who took his Kawasaki Ninja 300 out in the wild for a proper off-roading session. It looks like Canada Man has a US buddy!

YouTube user Jake Terch decided that riding on a small cruiser wasn’t going to stop him from riding through the woods. Armed with a camera, Terch headed for the trails on his valiant Honda Rebel 250. We are treated to a delightful two minutes of footage showing the little Rebel soldier its way through a bumpy dirt trail, cheerfully roaring along the way. Aside from the guy almost spilling towards the end, the little bike is surprisingly agile considering the context.

Looking at the cluster, I can only assume Terch is riding on an older generation of the Rebel—when is the last time you’ve seen an analog speedometer? Despite the bumps and jumps of the ride, the baby Rebel somehow performs a lot better than we expected it would. The result is a hilarious video that proves that the only limit to a bike’s capability is the rider’s boldness.

Terch followed his off-roading video with a redneck hill climb on a pile of dirt, with the Rebel 250 of course. Let’s see what’s next for the tiny Honda.